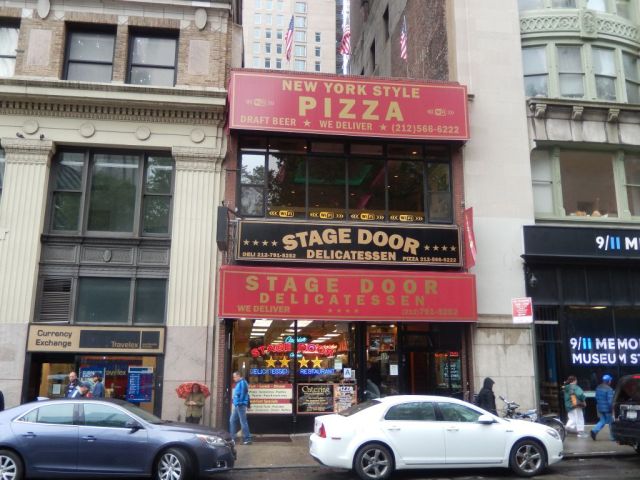 The Pizza Snob’s drizzly day in Manhattan was coming to an end. With still some time to kill before I needed to be anywhere, I thought I would see if I could scope out some new pie down near the World Trade Center where I’d be catching the train back to Jersey. Well, I thought about a place that I always see when I am waiting behind the police officer to cross busy Church Street after leaving the Path station.

Is this a familiar view to any one? You can see my target at 9 o’clock. 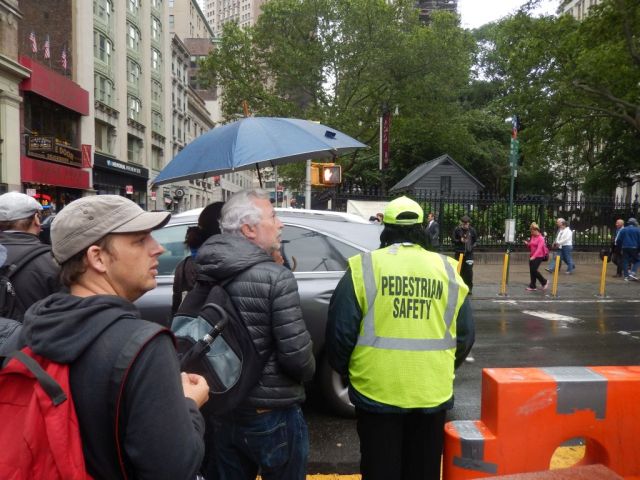 I almost passed on Stage Door Pizza since from a glance it looks to be more of a deli that serves pizza as an afterthought. However, when I approached the place, I noticed that their “Pizza Café” was a separate designated entity occupying its own space on the second floor. A chalkboard sign on the window read “Grand Opening,” but I am not sure how long Stage Door has operated in this dual capacity.

Making my way upstairs, I came upon a counter in the rear and a roomy area of tables on the street side of the building. Although there was wait service, I chose to order my plain cheese slice ($2.95) at the counter overlooking the oven. Although covered in a brick design, underneath the pizza oven looked fairly conventional to me. 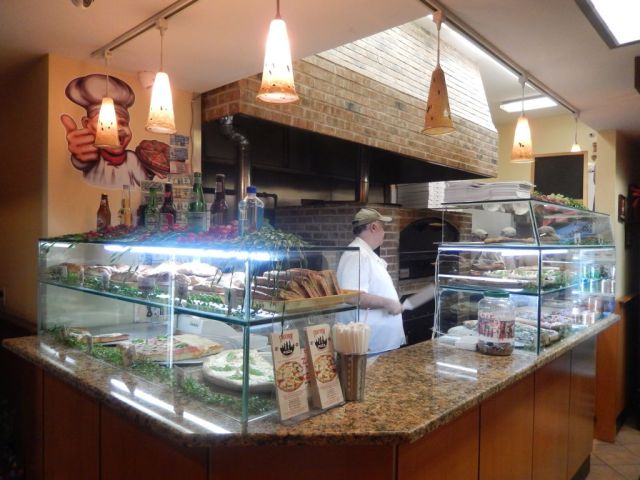 Looking around while I waited, I noticed that the Stage Door serves up a menu of pizza, rolls, calzones and Stromboli’s. There’s also beer, coffee drinks and an entire display case full of Italian desserts.

After about a two-minute reheat, I took my slice to eat at the community counter. Pessimism was afloat as a result of my slice looking way too white—a sign of a miss in the all-important cheese-to sauce ratio. The crust had a slight char to it, but was chewy without any real crunch to it. Taste wise, this slice was dull and really lacked something spicy to spark it up.  All I can really say good about this one is it had the right shape, size and ingredients. It looked the part, but was nothing special. 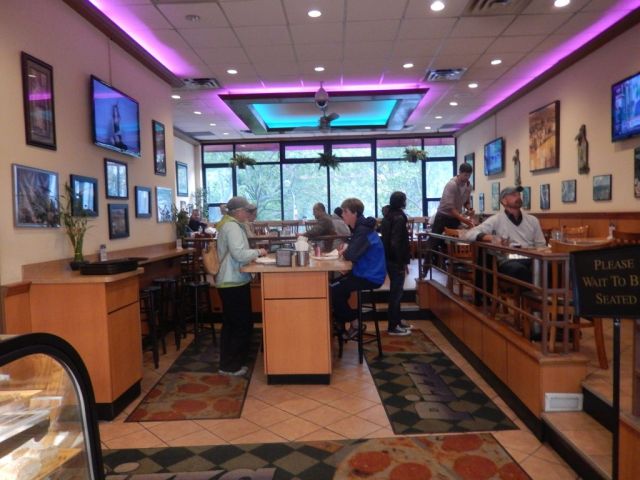 About this time I started thinking how this is New York, and the bar needs to be set high for what gets billed as “New York Style Pizza.” And friends, this slice at the Stage Door was mediocre at best. It was just a lazy effort of going through the motions to make something passable to tourists who know nothing better. This may be a great slice if you lived in Omaha, but it’s pretty lame for one in the Big Apple. 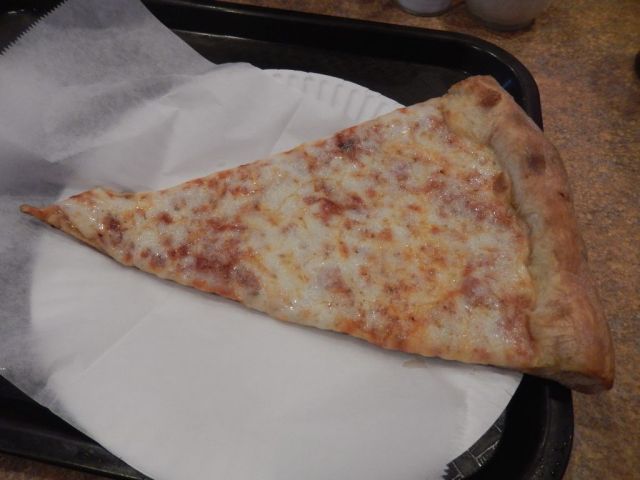 There’s really not much to rave about the Stage Door slice. It’s just another run-of the mill rudimentary attempt at a New York slice. Snob says pass!