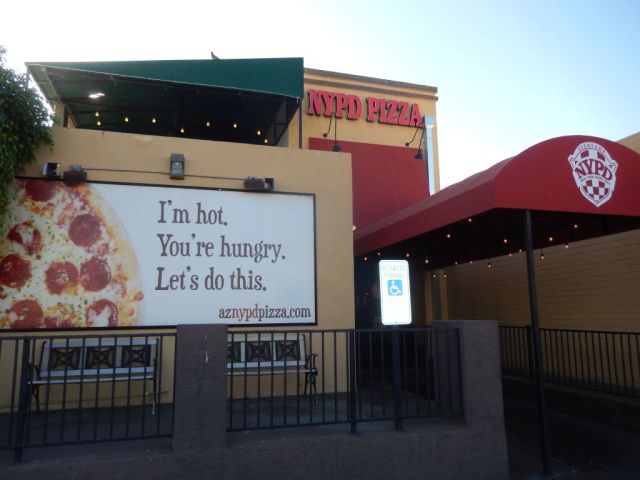 During a midday vacation visit to see a friend at work, I could not help but notice the Scottsdale Road presence of NYPD Pizza. With the full name of New York Pizza Department, I found access to this joint through the rear of their street side facade along with the other inhabitants of this shopping center off Shea Boulevard. After a quick hello to our friend, I went on a “slice-ploration” while Mrs. Pie did some shopping.

Once inside NYPD, I chuckled when I saw their sign boasting how they use New York-filtered water. They continue this boast on their website citing how it’s the water that gives NY bagels and pizza their special flavor. Well, I tried once to bust this myth by surveying my Nashville pizza makers. Those who said they experimented with New York water all said it didn’t mean a thing. Anyway, while NYPD’s pizza wasn’t too bad, water withstanding, it certainly wasn’t a trip back home. 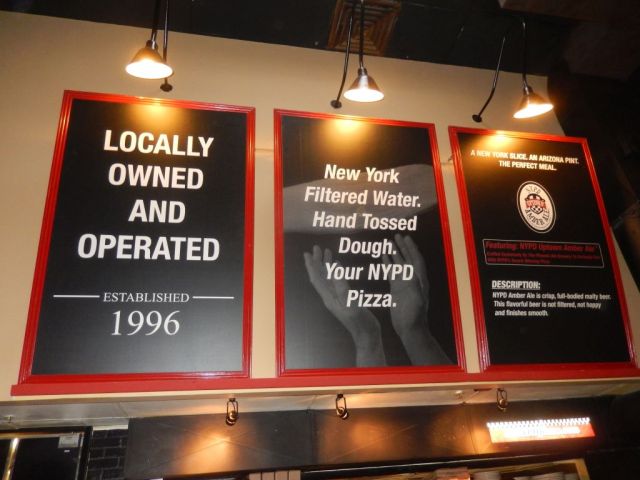 By the way, NYPD was started by some ex-Long Islanders and now has 12 locations in the Valley (Phoenix) area.

It was about 5pm, and the Snob had the place all to himself. To-go action however was full underway with the delivery guy getting ready to unload a haul. I ordered my plain cheese ($2.99) slice at the counter just inside the back entrance and took a seat at the counter on the opposite wall where I waited. On the Scottsdale Road side of the room was a large seated dining area. 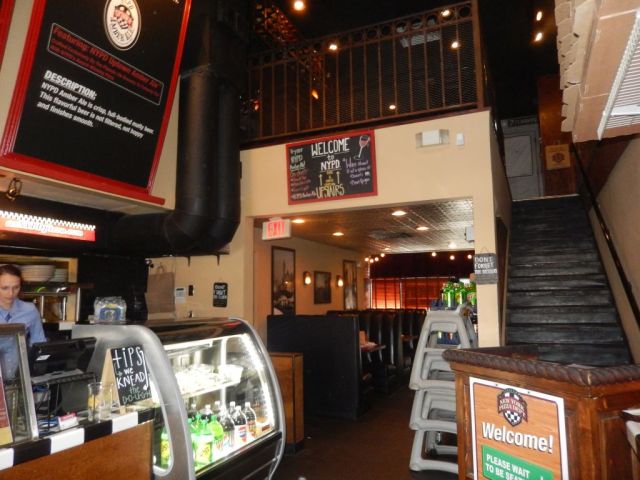 Not very slice friendly at this time of day, it took quite a while to ready mine and to also pay for it. When I finally got it, my first reaction was that it looked to be cooked quite well. At the same time, I could see it was a bit heavier than I usually like. More cheese and a bigger crust handle than I deemed necessary.

I liked though how it was good and hot, but manageable. There was also enough char to it to make it good and crispy. It was oregano-ed up which gave it some nice flavor. There was something about it however, perhaps in the basic ingredients, that gave this slice what I called a “foreign” feel. Despite that water, it just wasn’t reminiscent of something I’d get at home. 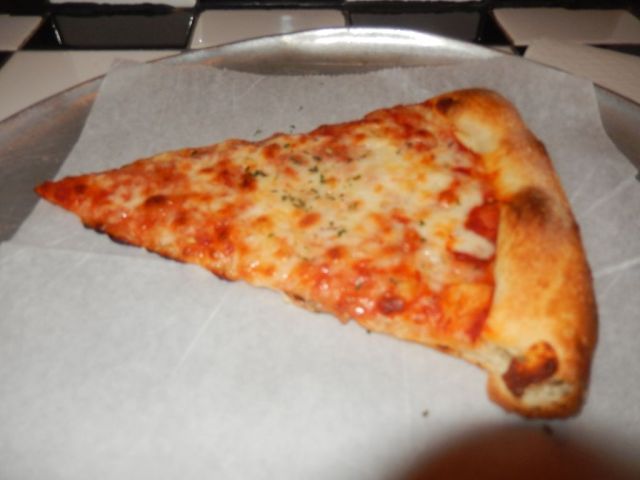 To sum things up, NYPD’s slice was hot, fresh and tasty. It’s not a slice I’d go out of my way for, but if I found myself with access to it at a Super Bowl party or something, I would easily eat a few and be pleased. Not a bad slice of pizza, but nothing special.