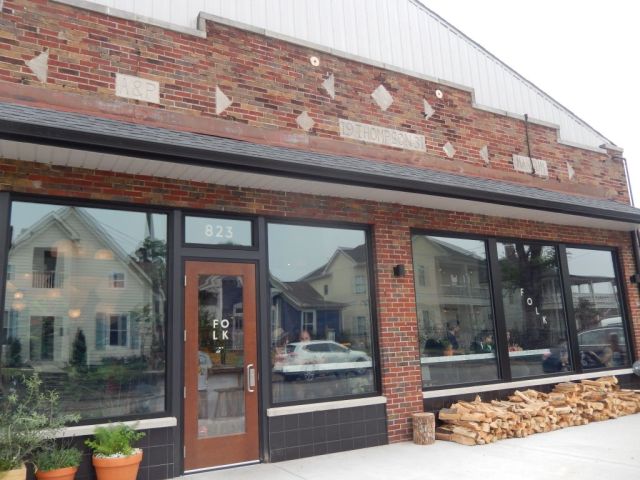 One of our favorite Nashville restaurants is the chicly-delicious Rolf and Daughters in the Germantown district near downtown. It was therefore with great anticipation that Mrs. Pie and I could not wait to hit Folk, a new upscale Neapolitan pizza place from the R&D chef. So, we made our way there one evening for an early dinner, and despite the huge dent it made in my wallet, it lived up to our expectations and more. It was wonderful!

With only the legendary Wilburn Street Tavern in site around the corner, Folk set up shop in what will likely become the next East Nashville neighborhood to become revitalized. Their 1931-dated brick building was smartly renovated with loads of visible glass creating a fresh, clean look from the street. The stacks of cut wood outside the front door added a nice anticipatory foreshadowing of the fruits of the wood-burning oven we would soon experience. The inside was gorgeous by any standards, and said oven was in full open view. 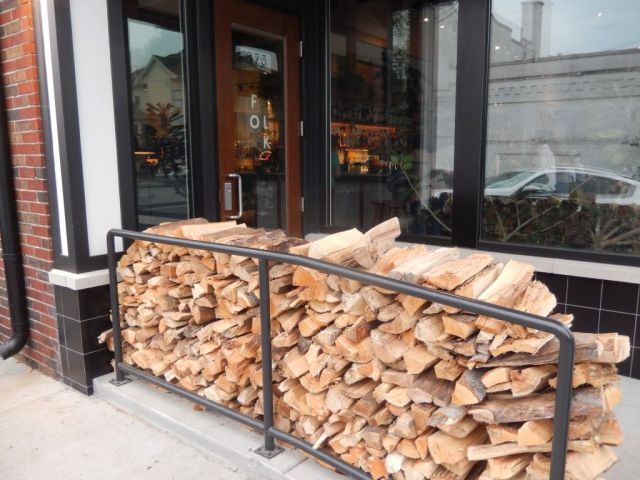 I was told in advance that Folk gets pretty creative, and after all, isn’t that why foodies love Neapolitan pizza and the crazy things they can do with it? There were five pies on the menu starting with your plain basic for an old sod like me, and they got crazier as you went down the list.

We each got our own pies for $16 each. I of course I went red, and Mrs. Pie as usual went white. Both pies came out looking as pretty as pizzas ever could. Focusing on my plain cheese, from its bright red tomato sauce and white Mozzarella to the spots of black char on its end crust, Folk’s pie made for a beautiful site. And, its taste didn’t fail for that matter either. 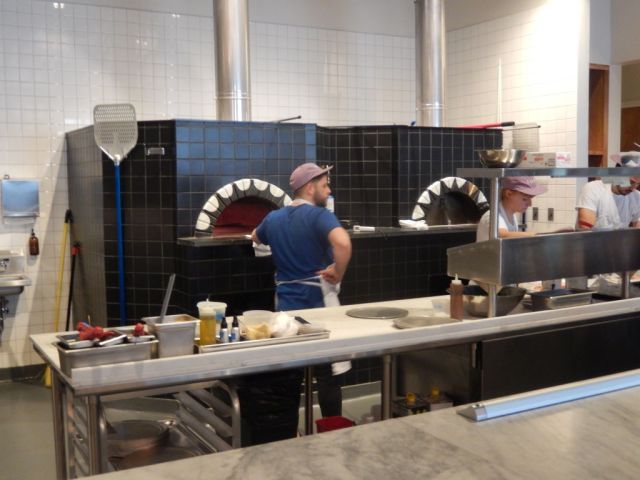 N-pizza is all about the crust and this one scored! The unleavened crust was delightfully crisper than I expected, and the cheese wasn’t as sparse as usual for this type of pie—both big pluses on the Snob’s scorecard. My pie went down delightfully delicious, and I enjoyed every morsel.

One slight dig against it was that it had a bit of a smoked taste to it that kind of got old after a while—a kind of faux-coal taste that I have no idea where it came from. 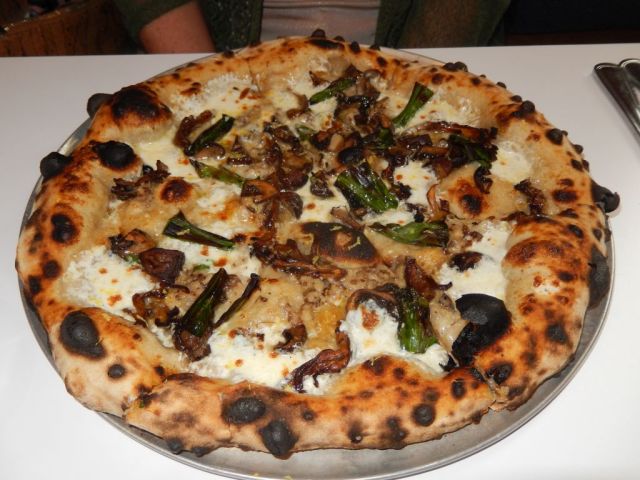 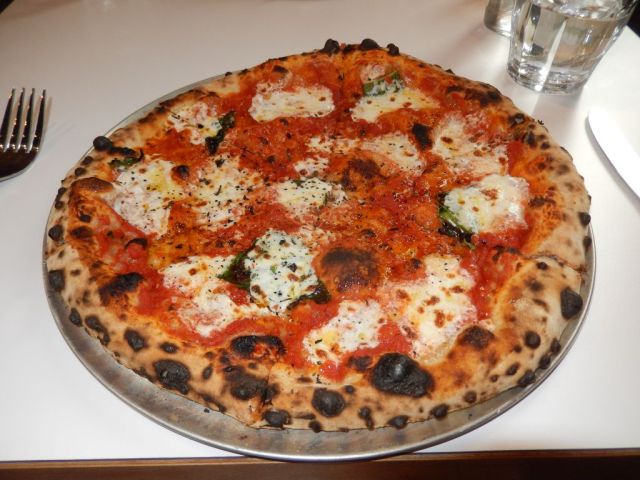 From salad and pizza through desert, Folk was downright fabulous. The Nashville foodie community is wild about this place and deservedly so. One of my main foodie friends has already been there five times. Folk is a fine dining experience and serves up one of the best Neapolitan pies in Music City. But, like I said, it’ll grab at your wallet, and I challenge a couple to get out of there for under $100. That’s not though to say that it isn’t worth it for a special occasion, or whenever your budget allows. I know that I will be back.

← Mr. T’s Pizza and Ice Cream – Maybe I Should Have Had the Ice Cream?
The Original Milano’s Pizzaria in Pittsburgh— A Great Slice for the Working Crowd →