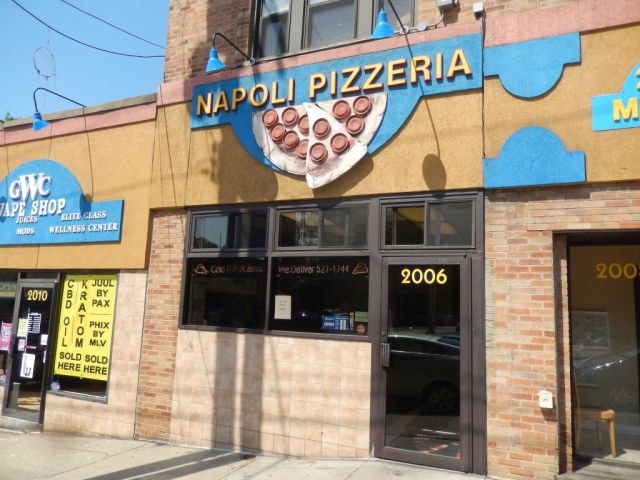 My next Pittsburgh pizza stop was on an early Saturday morning on Murray Avenue in Squirrel Hill. Perhaps my favorite ‘hood in the ‘Burgh, I previously had a fantastic slice at Mineo’s Pizza House and a good one at Aiello’s Pizza. I thought it was quite odd that there was yet a third pizza joint, Napoli Pizzeria, in what amounts to only a 500 foot stretch of sidewalk on the west side of Murray.

Still not too long past breakfast, after walking the block mostly window-shopping at this early hour, Mrs. Pie and I made our way into Napoli’s tiny storefront just after their 11am opening. From its appearance, things certainly didn’t look as unpromising as they would eventually turn out to be. 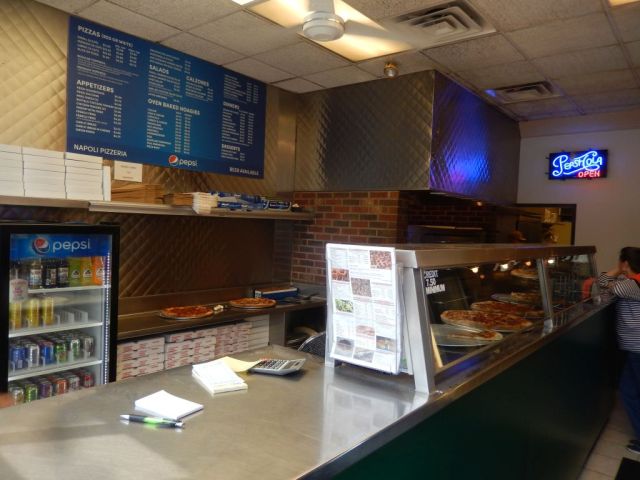 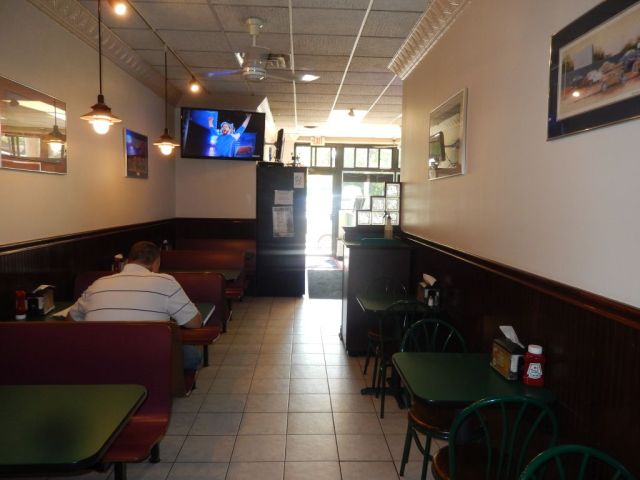 Well, it turns out that the best thing about this slice was its modest $1.98 price although it was smaller than usual. However, the other things about it were not so appealing. It was lukewarm, mushy, oily, thicker and crustier than snobs like me think a slice of pizza should be. It reminded me of that cold Dominos or Papa John’s slice that you ate after it was lying in the pizza box about an hour after than football game was over. 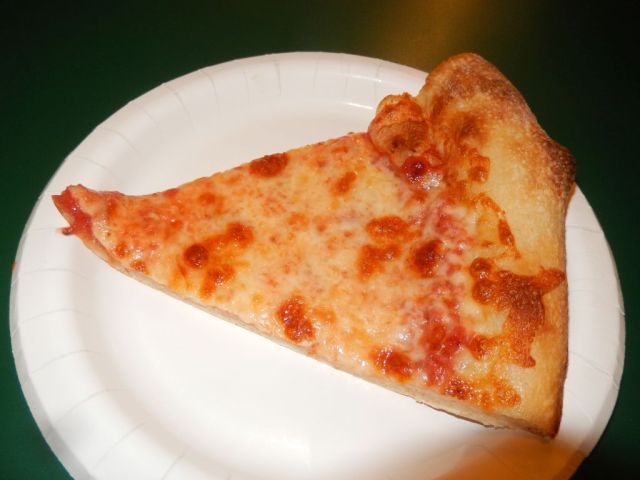 Sorry, but outside of a fair taste to the tongue, this slice was nothing to get excited about. For such a small slice, its thickness really annoyed me. It was as if each bite spoke to me saying “Too thick, too thick, too thick!”

Napoli’s is just a mediocre slice that I won’t recommend. Especially with two much better places just a short walk away.  Walk south on Murray and the pizza gets progressively better!