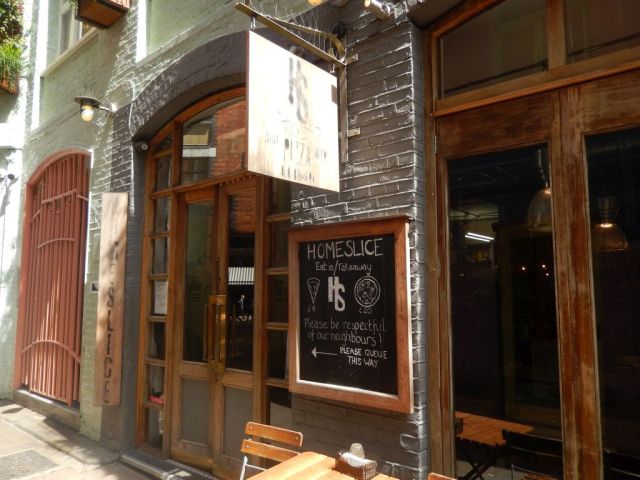 Those of you who have travelled to London from the Colonies probably know this drill. You fly through the night across several time zones, and when you arrive, your body is still at midnight while nature and the airline try to trick you into thinking it’s morning. You fall for this game, but next must deal with the fact that your room won’t be ready until after lunch. So, I suspect many do what I do. You check in at your room, drop off your bag and take off into the wild until the room’s ready or you crash from lack of sleep—whichever comes first!

The groggy morning plan for my latest London trip started with my usual record store stop at the fab Fopp near Covent Garden. My internet skills had also lined up a rather interesting pizza place nearby that would be my stop for lunch. The destination was Homeslice Neal’s Yard. Homeslice started making pies in 2011 with a mobile wood-burning oven that later lead to this bricks and mortar location opening in 2013 and four other London locations that have since followed. 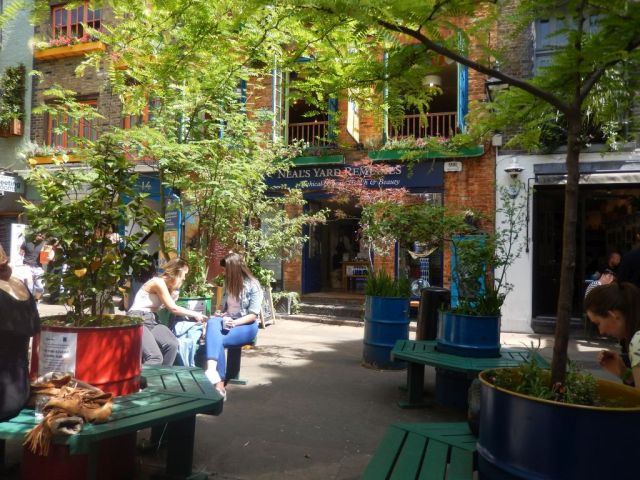 Arriving early, I got to take in the lovely splendor of Neal’s Yard. This beautifully decorated compacted courtyard of flats, shops and cafes was a delightful place in which to wait Homeslice’s noon opening. A residence area that asks you to be mindful of its inhabitants with your noise, I sat on a bench enjoying the mix of art, plant life and historic architecture while pondering pizza and watching the cavalcade of phones snapping photos.

Although their name implied such, I was still quite surprised to find Homeslice offering slices–it’s not a common thing I’ve seen in London. And what a special spectacular slice it was! I was quite gobsmacked as they say over here.

Homeslice attracted a busy lunch time crowd on this Wednesday, and some took the pleasure of dining on the outdoor tables in the Yard. Inside, the room had an attractive comforting wooden motif and more than ample seating. I ordered the plain Margherita slice (£4) that started off the chalk board listing several other available varieties. I watched them work the wood-burning stove while I waited. 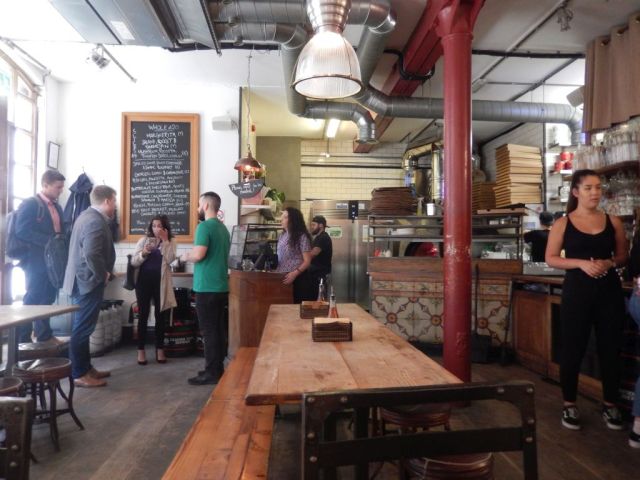 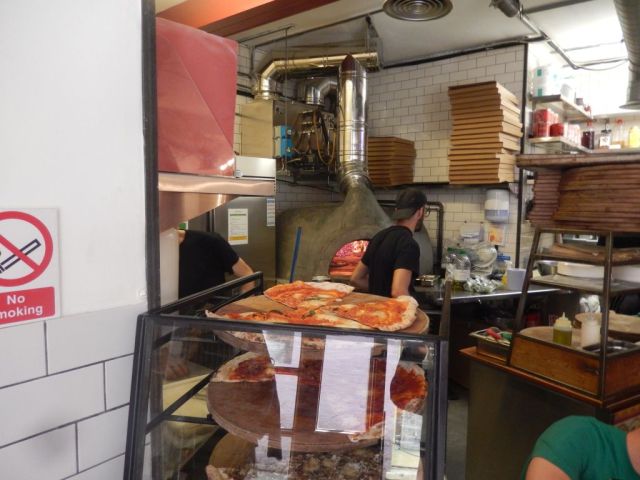 In describing this slice, I’m gonna call it a “hybrid.” Homeslice has taken the classic Neapolitan pizza ingredients and cooked and cut them up in the style of a thin New York slice. The wonderful chewy crust was topped with just a glaze of tomato sauce and some blotches of Mozzarella and the requisite, but mostly ornamental, basil leaf. All of this combined for a somewhat unique creation that was one of the best-tasting slices I’ve had anywhere. 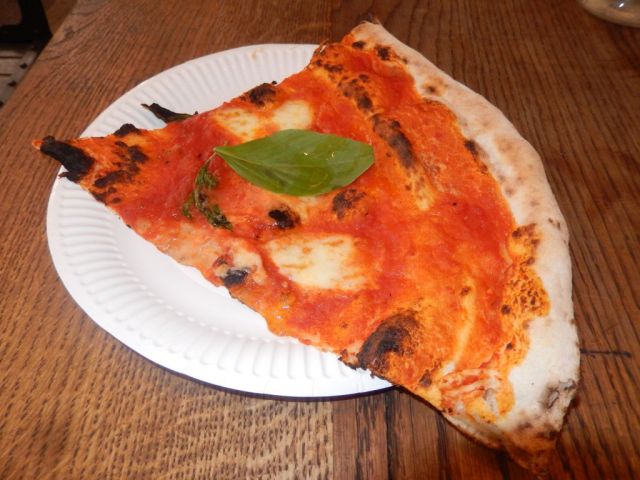 The appeal of this slice was how it tasted both bright in flavor and light in substance. It was so delightful that I ate mine in record time. Not hesitating to ask for a second, I found my hostess’s query of “Same flavor?” to be charmingly British. The follow-up slice was just as delicious as the first, and with “room” available, I seriously considered a third!

If you are ever in London, or are lucky enough to live there, Homeslice Neal’s Yard is an absolute destination place. On the combined basis of pizza and location, it just doesn’t get any better than this.