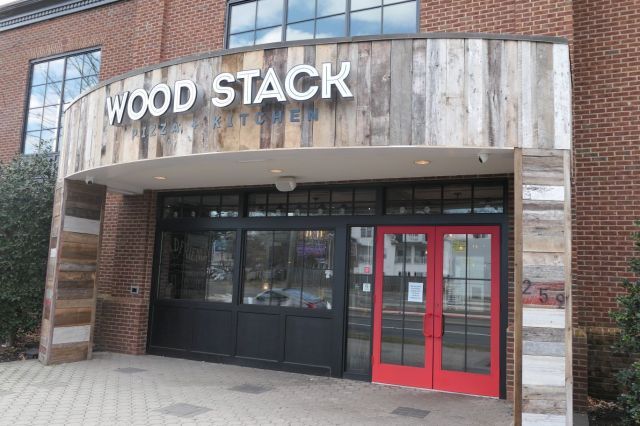 My most recent trip back to the Pizza State was in February which makes for the longest I’ve ever been away from home. On the Sunday before I flew back to Music City, I met my brother and his wife for lunch at a new pizza place near Edison where they lived. Little did we know then what was about to come in a few weeks’ time. COVID hit and I have not seen them since.

I also saw my dad later that afternoon and on the following day on my way to the airport. It would be the last time I saw him. The virus would hit the nursing home where he stayed. He caught it and died quickly and peacefully on Good Friday at age 91. We have since sold our childhood home in Bayonne and my live has forever changed.

But on that Sunday, which also happened to be National Pizza Day, we did what we liked to do best, enjoyed some good pizza. We three visited Wood Stack Pizza Kitchen in Metuchen, a city whose name I can never remember how to spell. Both the business and the building were new. In fact, we drove by several times while it was being built.

Well, the two brothers who created this location and one in Pinebrook (open since 2014) did it right. Those stacks of wood you see aren’t just for show. They are there to fuel the two Stefano Ferraro ovens they imported from Naples, Italy. The pies cook at a roaring 900 degrees and take only a mere two minutes in the oven. 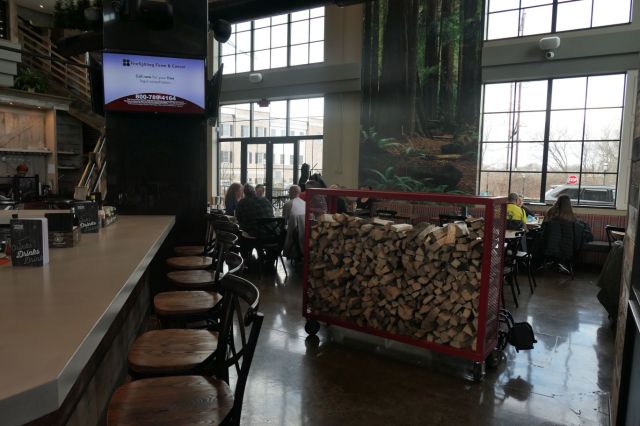 Wood Stack is a lovely place inside and they even served breakfast for Sunday brunch which is the route my sister-in-law chose. With those ovens, the pizza of course was gonna be Neapolitan. For me it was the traditional Margherita ($12 for a 10-incher) and my brother came from out of left field and ordered one with white sauce. We also couldn’t resist a side of meatballs and Brussel Sprouts. (Yes, there is a way to cook them and get me to eat them.)

Gosh, what a surprise it was! Wood Stack’s pizza was fantastic. It reminded me of the pie I had at Anthony’s Coal-Fired Pizza, substituting wood for coal. While the pie was constructed in the classic Neapolitan style, it was charred crisp much like you would a NY-style pie. This leaves you with a much lighter tasting crust and with only tender touches of tasty cheese and tomato sauce. Mine was delicious. Can you say crunch?

Crispy-Neapolitan pizzas are awesome, and Wood Stack knows how to make them. This is definitely a place you need to try. I miss New Jersey and I miss my dad.