Sauce It Pizza—At The Hub in Florida’s 30-A 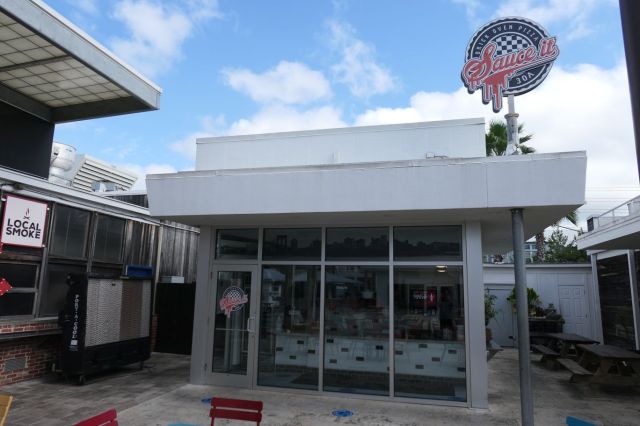 Holidaying at the beach during COVID was a great getaway for me and Mrs. Pie. Trying to squeeze in one more pizza joint before we went back home, I took a chance on a place that I didn’t think would be too great. Leaving the sand for a quick afternoon snack, my intuition about Sauce It Pizza proved to be right.

Driving along the stretch of 30-A between Seagrove and Seacrest Beaches, you won’t miss The Hub. It’s a recently developed rather large shopping and dining center. Inside its confines, there is a large open space and an outdoor stage that seem to inspire a community spirt for vacationers. However, the shopping is scant, and the food options resemble a food court in a shopping mall. They tell me it’s a great place to bring your young ones. When you pass by, you will surely notice the signs for Sauce It. 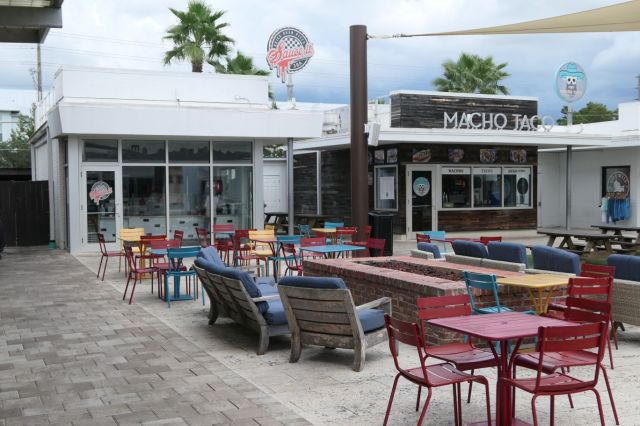 Sauce It is found in a small free-standing building that is situated next to a similar one featuring a taco place operated by the same owner who migrated south from New York. Their website claims that they offer Brooklyn-Style Brick Oven Pizza. They offered slices which is a wise move based on their location. However, Yelp was sure full of bad reviews about both pizza and service. 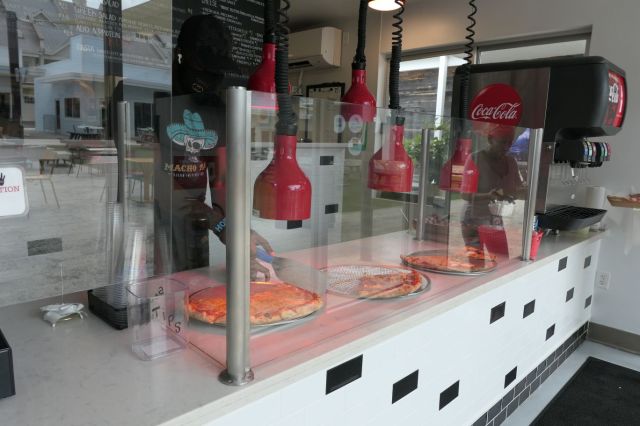 It was about 2:30 in the afternoon when I made my way into the not-so-busy place to order a $5 cheese slice. Three types of slices were sitting out with a pepperoni and I think a Margherita to round out the selection. They were sitting out under a heat lamp like they were McDonald’s French fries and I sure hoped that my slice would revisit the oven before I got it. Sadly, I was wrong and the work from the bulb was all she was gonna get.

My slice was a short and chubby almost equilateral triangle that looked kinda oily. I took it out to the patio area and sat at a big red table to see what I would be getting into while the music of the Rolling Stones played over the outdoor PA. 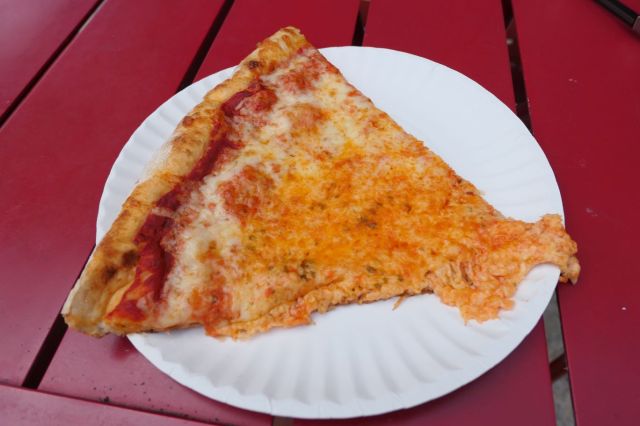 To sum up the Sauce It slice, it was a complete surprise how good it tasted. I found nothing off-putting about the cheese, crust, or the namesake sauce. However, like I said, it was too chubby and oily and was as expected, lukewarm. Even though there was some old char on it from when it was in the oven long ago, zero crispness remained.

Come on now, just start throwing those slices back in the oven and you will significantly improve this slice. Also, spread the same amount of dough out a little bit more to make the slices slenderer and you’d be doing a lot better as well. This is the way I’d want it, but I wonder if non-Snobs like their slices short and chubby? I would like to think however that everyone would like it served hotter though.

The Sauce It slice tasted good but was poorly prepared. If forced to get a pie from Sauce It, unless you catch it coming right out of the oven, I suggest bringing it home and reheating it in your own oven.