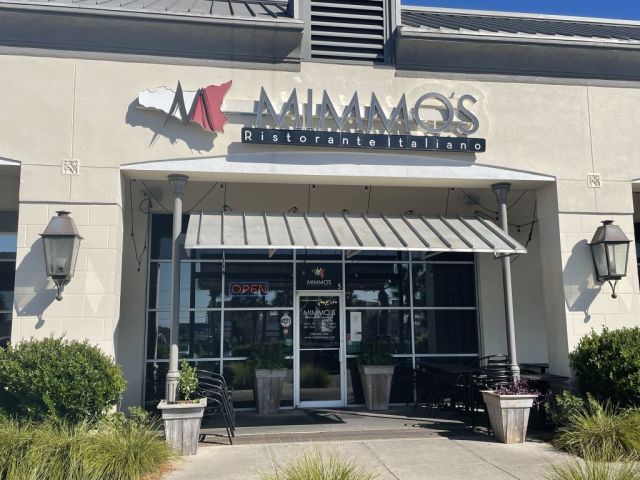 With vacation time winding down on the Florida Panhandle, my search for Destin-area pizza to try did not look at all promising. After checking out the websites of a few pizza joints, the pictures I saw of their wares bought forth zero interest. Plain and simple, the Snob doesn’t like fat sloppy pies full of way too much cheese and dough. However, in expanding my horizon to include Italian restaurants, I was super glad to have discovered the fabulous Mimmo’s Ristorante Italiano.

It’s now a fact that in a given situation, it will sometimes take a Neapolitan pizza to satisfy the Snob, and this would be the case with Mimmo’s. Located in a newly developed strip center on the eastern side of Destin, I took a solo trip there one weekday to grab a pie for lunch. Little did I know at the time how much I would enjoy the place. So much so, that I would later take Mrs. Pie there for dinner that same day.

Mimmo’s was quite spiffy inside. Although it was rather unbusy at this late afternoon hour, my eyes were immediately attracted to the long and elegant bar where I chose to sit in dine. (The New Yorker in me!) Without hesitation, I put in an order for a Margherita ($17) and took a walk inside to check out the cool brick pizza oven in the back of the room. 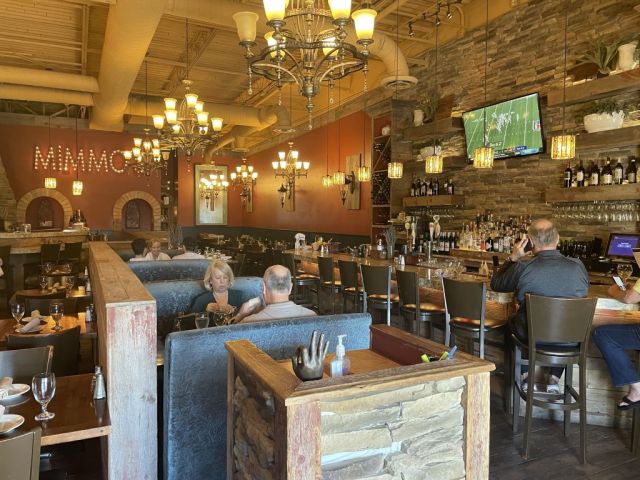 It took a mere seven minutes for my pie to makes its way to the bar and much less time than that to know that I was gonna adore what was just put in front of me. Mimmo’s pie was nice and thin with blotches of cheese, a scatter of basil leaves and a dark char peeking through the edges of its crust. One bite was all it took to realize how deliciously crisp it was. The sauce and cheese were spot on tasty too, and it was obvious that the pie received a few squirts of olive oil as a delightful finishing touch. Minor complaint in that I would have liked to have seen the cheese melted just a bit more.

I had no trouble whatsoever in finishing off the whole pie and found that I didn’t feel full. Pizza is at its best when it is light and not filling. This was a testament to what a great pie this was as was the fact that the dough was expertly superb. Neapolitan’s live or die by the quality of their crust and Mimmo’s crust was world class. It was no surprise that the barkeep would later tell me that the chef hailed from Sicily. (She also told me that Fat Clemenza was a part owner of Mimmo’s.) 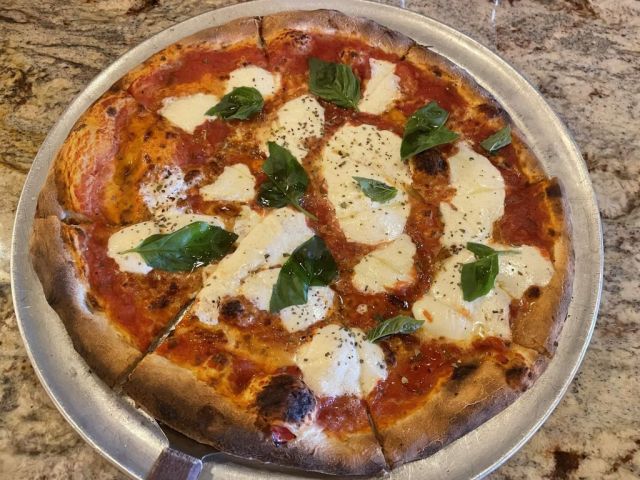 Dinner that night didn’t feature any pizza, but the Italian food Mrs. Pie and I had was fantastic. Mimmo’s Ristorante Italiano is the place to go for Italian food in Destin. And the results of this trip will tell you that Mimmo’s is also the place in Destin to go if you savor a solid Neapolitan pie rather than a fat and sloppy New York one.

← Fat Clemenza’s in Destin, FL— Pizza You Will Love!
Alabama’s Vecchia Pizzeria & Mercato—Great Pizza Does Not Have to Be in NYC →