Since Music City Mike doesn’t have his own blog yet, we currently allow him some space here. Bruce Springsteen’s Wrecking Ball tour was atop my 2012 list of fave events, so in November I decided to head to Louisville to see just one more show. Bowling Green lies between Nashville and there.  It is a city which has never been more to me than just a series of exits on I-65 and the home of another location of The Great Escape record store. Always looking for a story, I made plans for a lunch time pizza stop there on my drive to see the Boss. Not sure where to go, a chance encounter with Bowling Green resident CPA Jimmy led me to Lost River Pizza Co.  Jimmy told me he was a Chicago Deep Dish guy. Unfortunately, I mistakenly did not heed this as a warning.

Driving west across town from the interstate, I suddenly came upon an area of Bowling Green where just about every other business is called Lost River something-or-other. Seems that the big attraction there is Lost River Cave, a seven-mile cave system with a river running through it on which you can take a boat tour. I came upon Lost River Pizza Co. in a fairly new strip-shopping center. It was a nice, clean and modern bar-like restaurant with table service that attracts folk with both live music and sports bar. 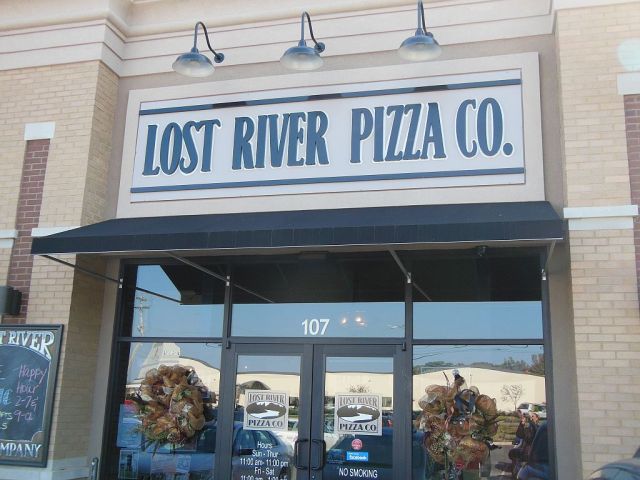 A sign in their window boasted that they were the 2012 Winner of “Best Traditional Pizza, Southeast Region” in the International Pizza Challenge and finished in the 2012 “Top 10 Traditional Pizza in the World” at the International Pizza Expo. (A later look at the Expo website indicated that this competition was limited to 60 paid entrants.) I was soon discouraged to find no traditional pizza offerings on the menu, and no single slices for sale. Bewildered, I just asked my nice waitress to bring me a plain cheese 12-inch pie with their New York Thin Crust. I assume what I got was the “Cheezi’mus Maximus” which the menu describes as having a rather untraditional five-cheese blend. 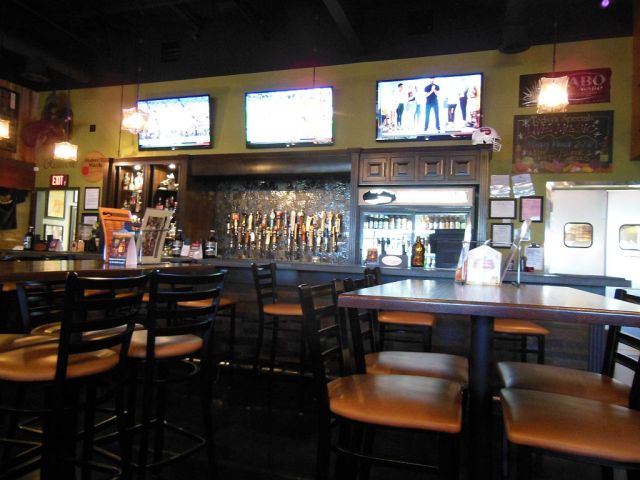 I started off with a delightful salad that got a pleasant lift from some sun-dried tomatoes. Since it was still early lunchtime, my pie came rather quickly.  What a surprise when I discovered their inability to make it round!  The odd shape surely made for some strangely cut slices. Munching away, however, I can say that it wasn’t a taste nightmare. The pie was made from good, fresh ingredients.  I did question whether the green herb sprinkled on top was an out-of-place basil, or what. My nightmare began, nonetheless, with really stringy cheese that kept falling off the crust making each slice a nuisance to eat. The cheese blend was nothing special; and while not necessarily undercooked, the crust was softer than it was crisp. I give them points for keeping both cheese and crust thin, but this pie simply looked and tasted like something you’d make at home. Maybe their pie makes a good platform for the toppings of one their specialty pies; but on its own, it’s quite dull. I tired of its lackluster taste and passed on eating the last slice. 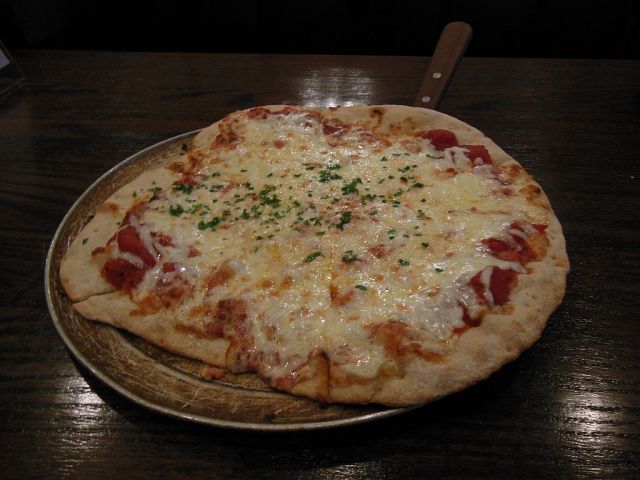 Unless you are a Deep-Dish lover like my friend Jimmy, I wouldn’t recommend Lost River. Despite what the awards say, it’s just a place where no pizza-making traditions seem to have been passed down.