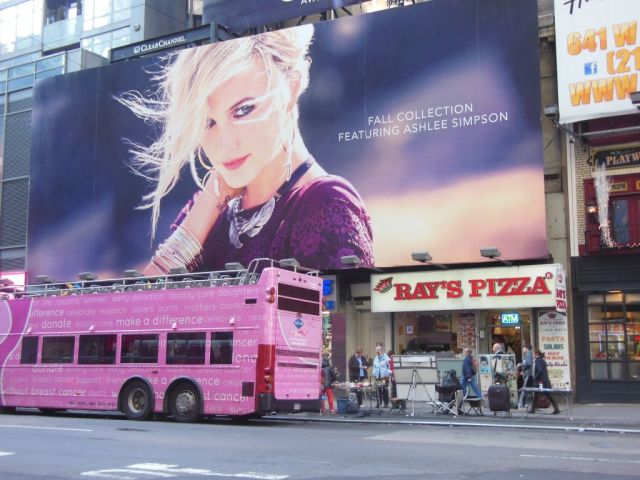 The Snob has already taken a poke at all the pizza places in New York City that use the name Ray’s. One of these is the Famous Original Ray’s Pizza situated a few blocks north of bustling Times Square. According to their website, this branch of Ray’s has been in business since 1964 and includes 8 locations around Manhattan. Like many other businesses in the city that never sleeps, this Ray’s is open 24/7. Over the years, their prime location and convenient hours have led me to stop there a few times.

Travelling with the Snob can wear a person out, so while my theatre compadres were resting at a nearby S-bux, I had the perfect opportunity to catch a “quick” slice. This Ray’s is your typical walk up to the counter and order joint. There is stand-up eating room along the side and some tables in the back.  They do a pretty serious take-out and delivery service and offer one of the most extensive menus I have ever seen for a pizza joint—even offering soups and burgers. 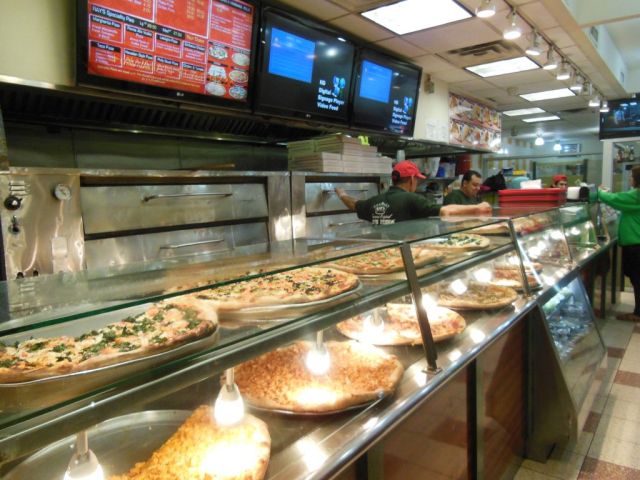 Behind the glass on the counter, there sat two rows of specialty slices awaiting my request. However, when I put in my order for a plain cheese, they tried to push a Sicilian slice on me telling me otherwise I’d have to wait 20 minutes. This was shocking to hear in New York City!  So I headed back to my crew at S-bux for a spell only to return to Ray’s to find that somebody added toppings to the plain cheese pie they were making when I left. There was still no plain cheese for sale, and I was told it would be another 20 minutes!

I decided to wait this one out. At this point there were some other New Yawkers there who in amazement were chiming in with “Whattya mean no cheez!”  Recognized as the longest customer in waiting, I was the first to get a plain cheese when they were ready. I paid for my precious slice ($2.75) and took it to a table in the back room. 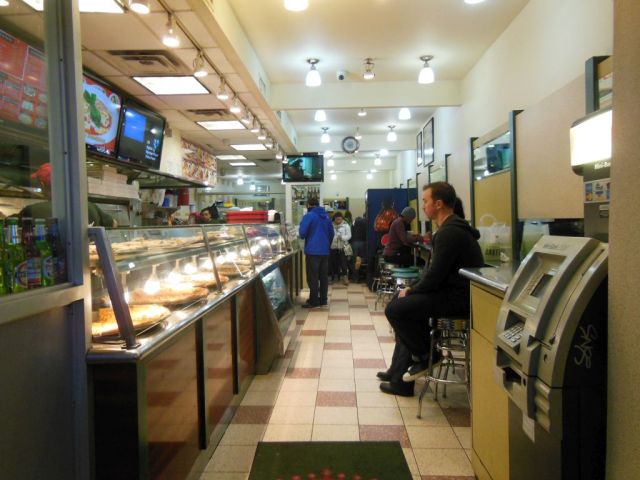 It looked pretty much as I recalled—classic, but with the cheese a bit firmer than usual.  I give it a perfect execution score—great dimensions with not an excessive bit of either dough or cheese. The amount of oil was just about right, too. Skillfully cooked, there were dark char marks on the bottom, and the crust was good and crisp. My long awaited slice went down fast; and even after the delay, it was quite enjoyable.  Although textbook in construction, the Ray’s slice lacked any real pizzazz. There was nothing extraordinary about it. In summing things up, this may point to the cheese.  I have tasted much better mozzarella than this. It was not bad– just not the best either. 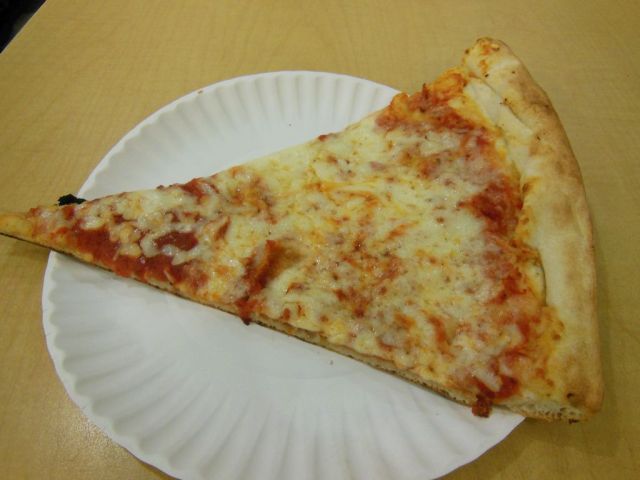 If you find yourself in Times Square any hour of the day, you won’t go too wrong at Ray’s. While not the best pizza you will find in Manhattan, it’s much better than the chains further down in Times Square. Hopefully, though, they will get their act together and keep a better supply of cheese slices available.

← Grimaldi’s in Brooklyn– Pizza Landmark Lives Up to Its Reputation
Bayonne, NJ’s Big Apple—Watch Some Sports and Eat Some Great Pizza! →