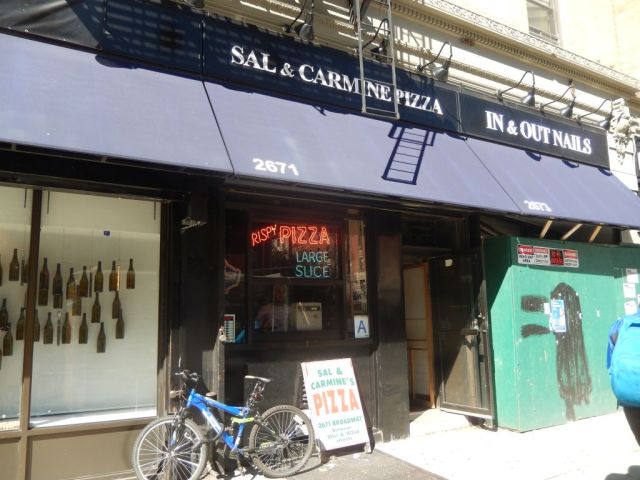 The Pizza Snob is a master at the art of working a pizza stop into almost any situation. With this having so far been a low-volume pizza trip to New York, a Saturday slice adventure was a must. In addition, with back-to-back Margherita experiences, it was time to return to the basics with a New York slice.

The regular-running weekend Manhattan street fairs have always been a source of entertainment for me and my travelling companions (today Mrs. Pie and my brother). This Saturday, the one on Broadway up in the 100’s made the timing perfect for a visit to Sal & Carmine Pizza at their scheduled 11:30 am opening.

Right at 11:30, I found the small room of S&C in the middle of a city block. However, the place was still dark except for some visible activity in the back room. After waiting a few minutes, it was obvious that today’s start was going to be delayed.

In the meantime, I had to attend to some serious business. I owe great thanks to the Starbucks Corporation for forever changing the Manhattan landscape by becoming a source of always available rest rooms!

Returning to the pizza joint, it was apparent that it was still going to be some time before the dough started baking, so I rejoined my crew further uptown at the street fair. The plan now was to have them drop me off at S&C on our way back downtown. 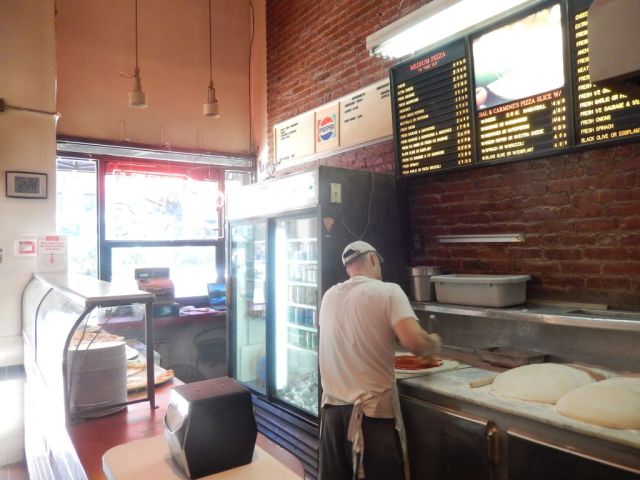 Heading south on Broadway, we saw that the place was now open, and my team let me out to run in for my quick slice. Still not quite 12:15, I was surprised to see that the first pie of the day on the counter was already down to a mere two slices. I also had a chuckle when the Asian man in front of me gave the guy behind the counter a hard time for opening late. “I was tired” said the young man behind the counter feeling no shame.

At this point I was getting goose bumps since what I saw being dished out looked awfully good. Better yet, I noticed that Sal & Carmines was also a pizza-only joint—nothing else! There also was only serious pizza on display: plain, sausage or pepperoni—no silly stuff. They even immediately won my respect by giving me an oven fresh slice (a little steep though at $3.00) rather than one of the two that had been sitting there. 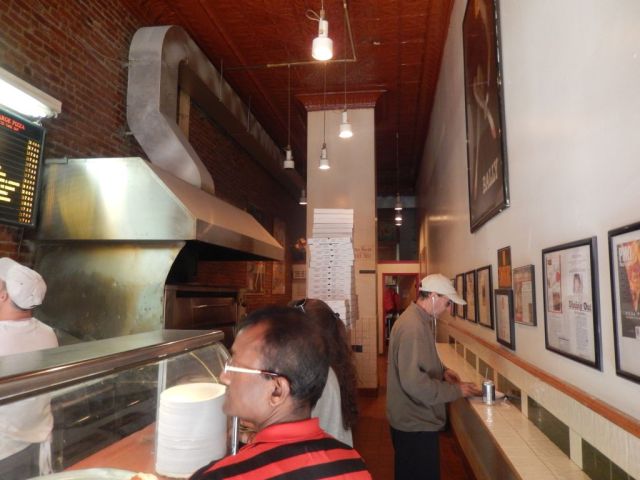 While this slice would otherwise turn out to be absolutely perfect and delicious, I did pay the price for my impatience in not letting the oven-hot slice cool down: cheese slippage and a mouth-roof burn. But, oh what a slice! It was beautifully constructed with the best of ingredients and cooked in the conventional pizza oven to perfection.

One of the things that struck me about Sal & Carmine’s slice was how pure tasting the moderately-crisp crust was—perhaps one of the best I have ever had. A no-frills slice, it was not particularly seasoned, but the wonderful cheese and sauce sparkled on their own merits. 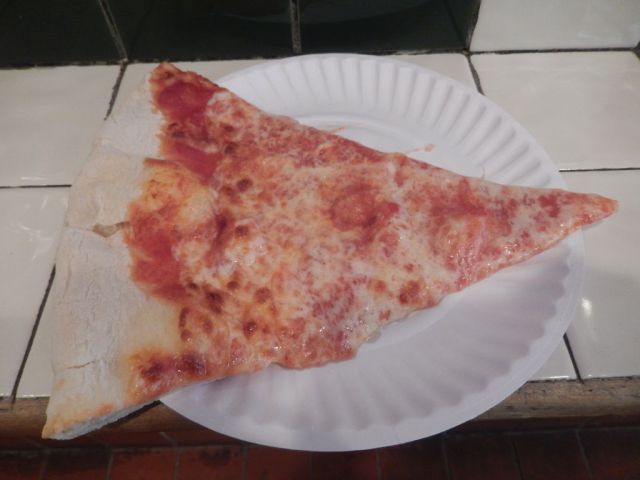 Over the years, I have received repeated recommendations that Sal & Carmines made one of the best slices in town. I did my best to be unintimidated, and after trying one myself, there is no doubt that it truly is. A trip to Sal & Carmines is well worth it if you find yourself Uptown and West!