Anytime spent in the New York City area with Mrs. Pie means at least one dinner in Little Italy. While we never know where we are going or remember where we went, we always seem to have a satisfying dinner and a great time.

We arrived in the city just before 6pm to secure some free street parking. While strolling south through the section of town known as NOLITA (North of Little Italy) we passed by an eye-catching pizza joint adorned with street art called L’asso Pizza. Totally unfamiliar to the Snob, I made a mental note to try and grab a slice on the way back to the car after dinner. I even skipped my usual cannoli desert to leave some space in my appetite.

The décor inside L’asso was quite spiffy and graced by the view of a brick pizza oven. They prominently advertised craft cider and root beer. Perhaps a bit more formal than a slice shop at this dinner hour, I interrupted their attempt to seat us and questioned the availability of slices since there was no pizza in sight. 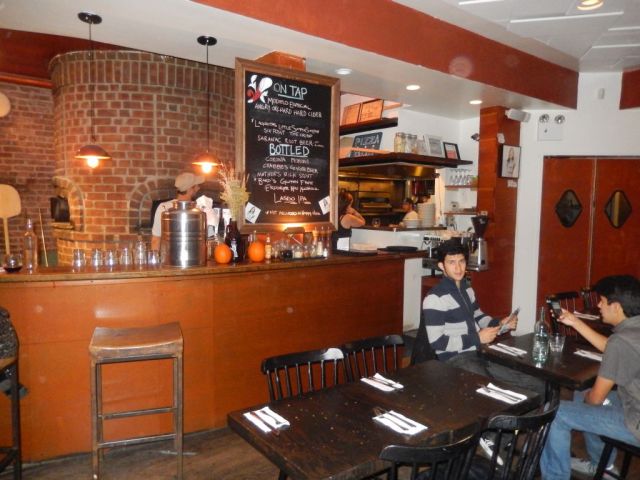 The server replied that they stop slices at 7pm which was about 20 minutes ago. However, they had some left over, and he said he’d be happy to fire one up for me. He did issue a warning though that it would be a Margherita slice. No problem here although L’asso was going to have a tough act to follow after our incredible experience last night in Brooklyn at Juliana’s Pizza.

The L’asso slice was very thin, quite colorful and attractive-looking. And in the end, there was really little to complain about despite the fact that it had probably been on the shelf for a while. It was good and chewy and downright tasty. I did have a good chunk of cheese slide right off after one bite though—probably a result of having sat around so long. The cheese and sauce were both of good stock with the Mozzarella light and bubbly. 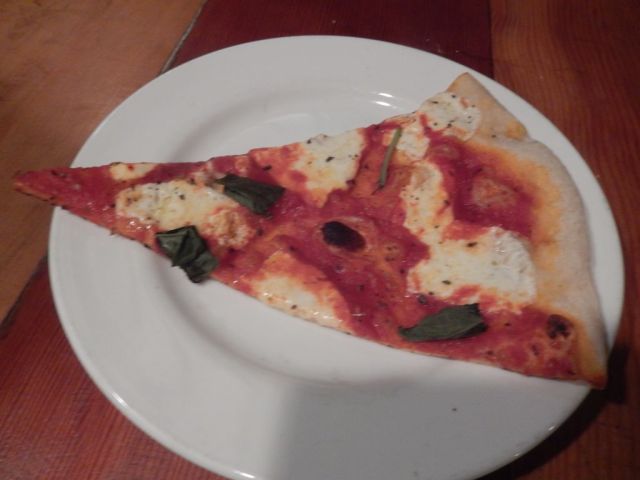 L’asso may not qualify as a destination pizza place, but if you are in the mood for a good solid slice of Margherita, it certainly serves that purpose well. It did not disappoint.