I’m confused. There are three pizza joints with the name “Champion” that are in close proximity to one another in Lower Manhattan. The Snob previously scored a decent slice at Champion Pizza Soho over on Cleveland Street. While the one on Ludlow Street remains unexamined, I was recently lured into the Champion Pizza on Essex Street when I could not resist the urge to challenge their sign which boasted “The Best Slice in Town.”

After my experience on Essex Street, the connection, if any, between the three Champion places still remains a mystery. But, I can now attest to the fact that the slice on Essex Street is not the best in town. In fact, I can say that it is one of the worst.

If there is a link to the Soho spot, the difference might be that this spot on Essex is meant to be a cheap slice place. Their signage advertises slices for $1.00, but the price doubles to a deuce after 10pm which is when I arrived. 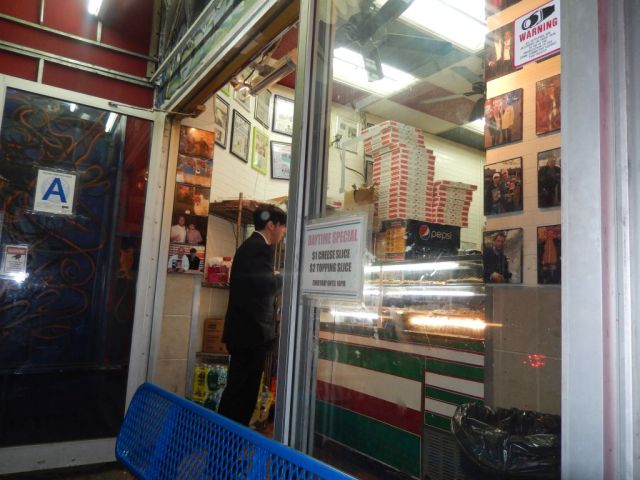 Stuck in the middle of a busy city block, Champion’s closed-in counter is just two steps from their open front door. The only place to sit with your slice is two small bright blue benches in a tiny cramped area between the front door and the sidewalk–a rather grungy dining area. 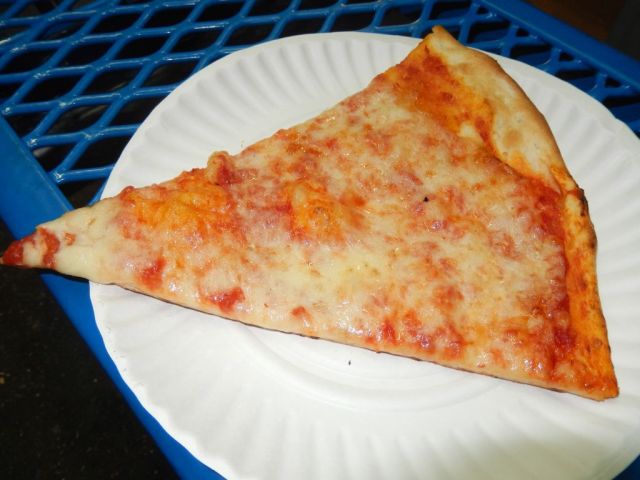 My slice had the normal NY look, but as for the taste all I could say was “Yuck!” It was just terrible. Soggy throughout and made from the kind of ingredients you probably need to use to sell pizza on the cheap. I couldn’t even finish it all, and what I did eat left a nasty taste in my mouth.

This was just bad dollar pizza, and I should have known what I was getting into. Don’t waste your time and two bucks like I did.