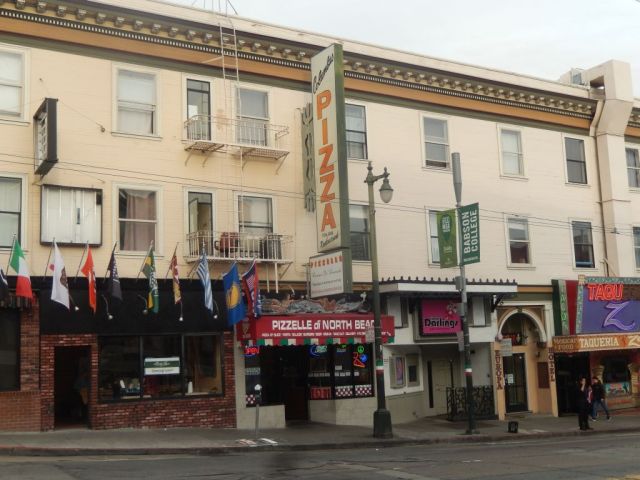 On our last full day in Frisco, Mrs. Pie and I spend a good part of a pleasant day on foot. Walking through North Beach with the famous City Lights bookstore on my radar, I saw what may have been the biggest “PIZZA” sign I had ever seen. This sucker was visible from several blocks away down a hill on Columbus Avenue. While the old sign was for a “Columbus Pizza,” the current occupant was Pizzelle Di North Beach. I decided to sample a slice before I browsed the books over at City Lights.

Beneath that big sign, stood just a little small place in the middle of the city block. Inside a room of tables and chairs were just a few people snacking while the “non-American” football game on the television gave the place a foreign feel. 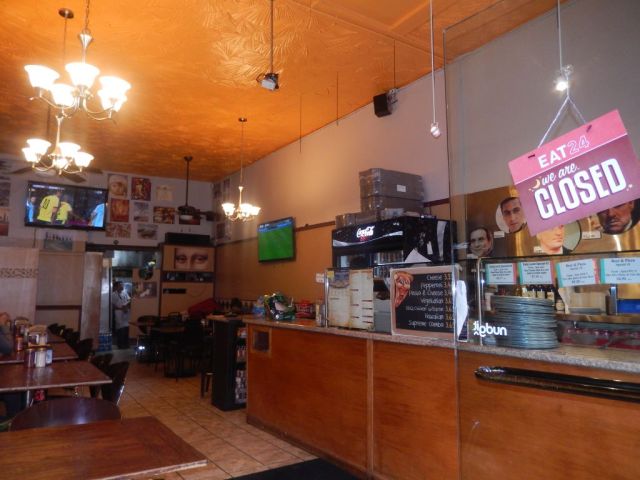 I ordered my plain cheese slice ($3.23) at the counter and commented on the big sign outside drawing no response whatsoever. I saw my potential slice sitting on the counter along with several specialty slices. The plain cheese looked dull, white and downright scary. They warmed it up in a small square oven that sat behind the counter. It took just a few minutes and arrived looking dead on arrival.

There was no blend of sauce and cheese or any seasoning to speak of. Said cheese was not tasty whatsoever. The small oven didn’t get up enough heat, and the slice was served at a tepid temperature. It was also way too thick. I chose not to finish it. 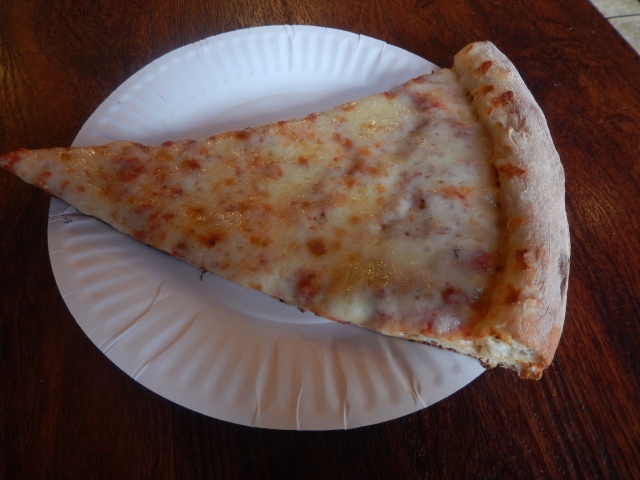 Let’s just call this slice dull, and be done with it. The slice at Pizzelle was not only the last I would have on this San Francisco trip, but it was clearly my worst. No recommendation here—this is a slice to avoid. They serve a lot of other food, and perhaps that what keeps this place going since I can’t see it being the pizza. 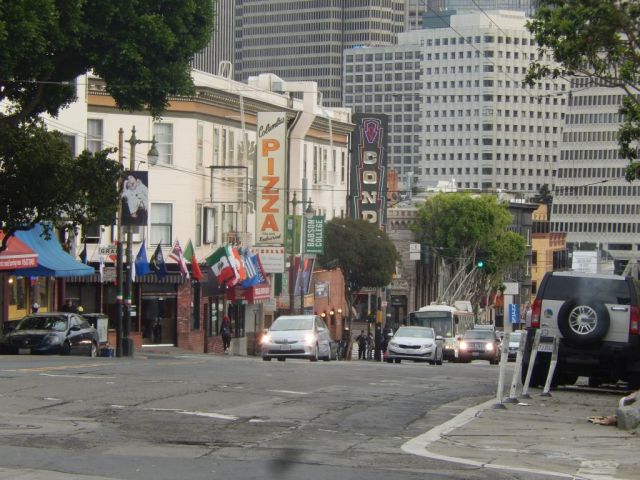