Since our kids have grown and flown the coop, Mrs. Pie and I have moved our annual beach trips on the Florida Panhandle from Destin to the less-crowded and not-as-commercial confines further east on Highway 30-A. However, a family gathering this year in Destin brought us back to our old stomping grounds in “Ground Zero” Destin. For the first communal dinner in our big rented house, the assignment went to The Pizza Snob to provide the area’s best of what he is known for critiquing.

Based on experience, I was, to put it mildly, not up for the challenge. But, with Mrs. Pie’s help, we selected the unfamiliar La Famiglia. Located close to our digs, the Snob called in a multiple pie and salad order to pick up while the others were still unpacking. I was quite surprised with the total lack of due diligence on the restaurant’s part in accepting my hundred-dollar-plus order without seeking prepayment. I guess this isn’t New Jersey where pizza phone pranks were so prominent in my childhood. 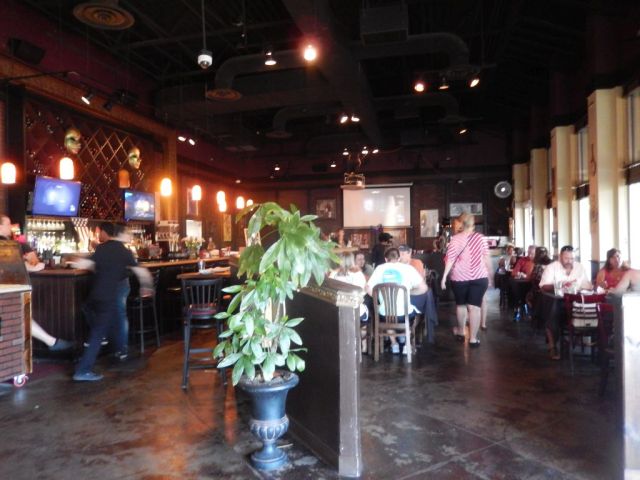 Their promise of only 30 minutes to prepare was spot-on when I arrived at their rather swift-looking location in the colossal and ingress/egress unfriendly Destin Commons shopping center. La Famiglia is a fairly large full-scale Italian restaurant. They offer a wide menu that includes pizza as well as the Italian desert delights of gelato and cannoli. Just inside the front door was a counter advertising the sale of slices. I suspect that this is for during the day which I never got the chance to try. Oh yeah – the plain cheese pie, which was a normal large size, was only $12.99—not bad at all for the beach.

It wasn’t until I got home that I noticed in some old Destin photos that La Famiglia took over a prime corner location once occupied by the failed Destin Hard Rock Café. They also have a rather large covered outdoor patio and their website advertises occasional live entertainment.

Wanting to give their pizza the Snob’s fresh test, I quickly scarfed down two small slices on their patio before heading home. My first reaction was that this wasn’t a home run, but was certainly much better than what I’d expect on the Florida Panhandle.

Opening the box, things looked a bit white with the cheese and tomato sauce not blending together well. The cheese was rather flat and dull-tasting with no real pizazz to its taste. Not a trace of oregano or garlic was to be found. The crust however was a good solid tasty one. While there was not much in the way of a char, the crust held up quite firm showing that these guys know how to cook a pizza.

The ingredients were proportioned rather well, but that lack of blending with the tomato sauce made the cheese want to try and leave the crust in big chunks. On my second slice, I also noticed how salty the cheese was. This was not so much an issue other than it being unfamiliar—a different strain of cheese I guess. This pie was just right in the oil department—not dry and far from being a mess. 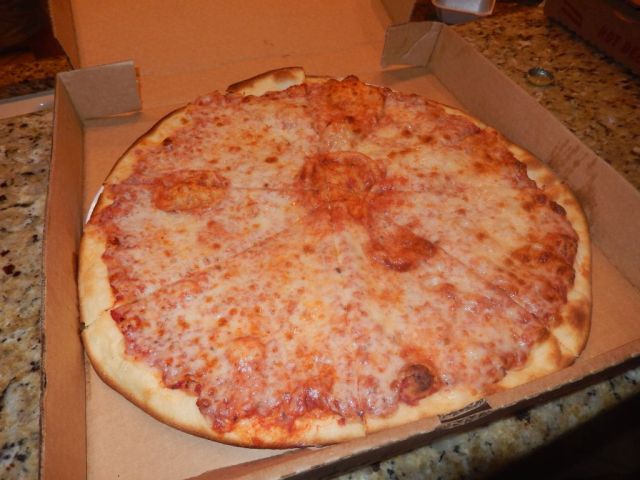 I took the pies home and they seemed to go over rather well with my generally less-discriminating pizza clan who wanted to rate it higher than I did. There was little pizza, if any, remaining for breakfast leftovers. The Snob had succeeded in his assignment.

The La Famiglia pizza is nothing to set the world on fire, but certainly is much better than you’d expect for Destin. The local-award winning Italian restaurant looks quite tempting, but I also would not hesitate in bringing some pies home for your hungry mob like I did—they loved it.