Continuing my short sojourn of pizza in Queens, my next targeted spot, Gloria Pizza, was a place I found on-line that was in Forest Hills. Just a short hop from my earlier slice experience in Flushing, Forest Hills is of course the home of the U.S. Open Tennis Tournament. As for Gloria’s history, they started in 1960 over in Flushing, closed in the 80s and reopened in this new location in 2012.

Wondering how I could function as the Pizza Snob back in the days of paper maps, my iPhone led me to the busy and unfriendly for parking Forest Hills shopping district on Queens Blvd. I spotted Gloria’s in the middle of a city block, partially covered by a construction scaffold and next to a movie theater.

It was an exhaustingly frustrating search for a place to leave my vehicle during which I even saw some tennis facilities. I finally found a metered spot about a half a mile away on Austin Street, another shopping street that runs parallel to Queens Blvd. If it’s true that’s there are less cars in Manhattan these days, then they are all in Queens! My word to you is that if you are coming to Forest Hills, take the train. 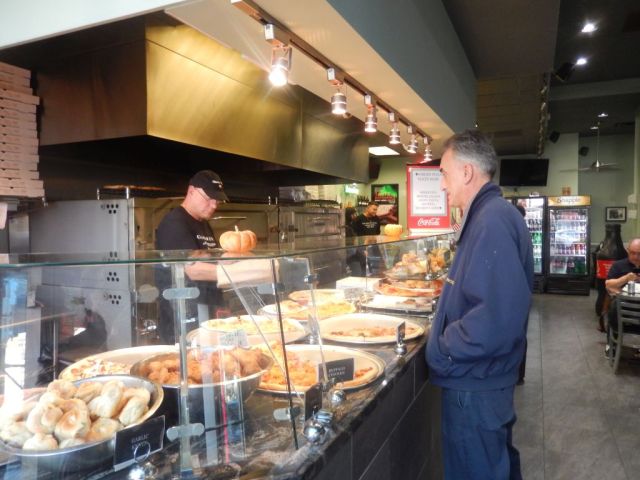 Gloria’s fits the mold of your standard pizza joint but with a larger room than most. After a long walk from my car, through the front door and up to the counter I went. Feeling a bit “hangry” after my parking debacle, I went for both a plain cheese slice and a pretty thin-looking Grandma one, since the regular slice looked a bit small ($6.50 in total).

Yes, my regular slice was in fact somewhat smaller than I usually see. It was however covered with an enticingly dark and rich looking tomato sauce and a scattering of char that made it look like it was gonna be a crisp and crunchy one. When I picked it up, I immediately did a fold which revealed that this was indeed the case. As I ate away, they could probably hear the crunching noises back in Tennessee!

Cooking it this way, they could only have known I was coming. My slice was also quite hot and as a result the cheese was a little loose, but not enough for it to slide too much. There was however maybe more oil than I cared for, but overall this was a wonderfully-tasting slice. The light delicious cheese was a big plus as well, and I came away really liking this slice. 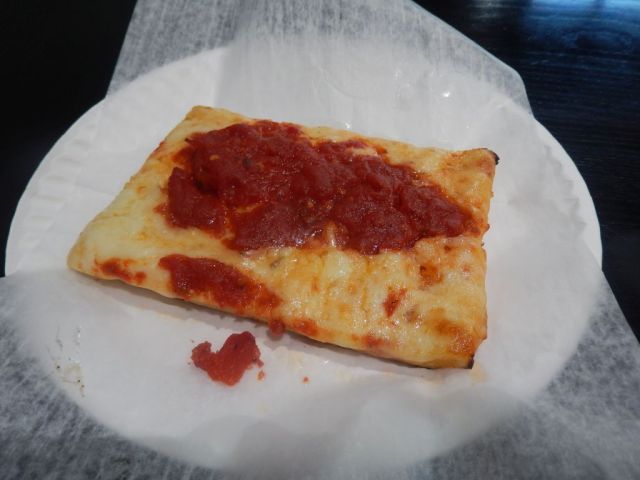 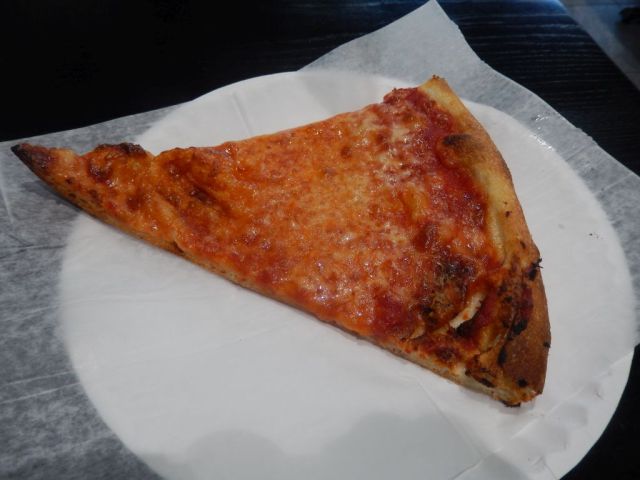 The Grandma was smooth and tasty with a garlic kick to it that nearly knocked me over. I was glad I tried it and I left “un-hangry” for sure.

Gloria’s makes good stuff, and forgetting about the parking problem, I’d still fall it just somewhat short of being a destination slice. But, if I lived there, I’d probably wear the place out.