Well, the pizza joints of Pittsburgh can worry no more. Our son, The Philosopher and his lovely wife have moved east near the City of Brotherly love. So, know its Philadelphia’s turn to deal with the wrath of The Pizza Snob. Earlier this year, Mr. Pie and I made our first trip to visit them, and I of course wasted no time in grabbing a local slice. Being closer to the Pizza Mecca of New Jersey/New York, I figured I’d find some good wares from which to sample.

We spent our first afternoon waiting for the kids to finish their work day and used the time to visit the incredibly huge King of Prussia mall. We knew something was up when we got in our car to drive to another store down the road and didn’t realize that it was still in the same mall! For the record, turns out this monstrosity is the largest shopping center in the USA.  Ready to head on, I first did a search and found a pizza joint that was highly rated on Yelp called Angelo’s Pizza Co. that was in close proximity. 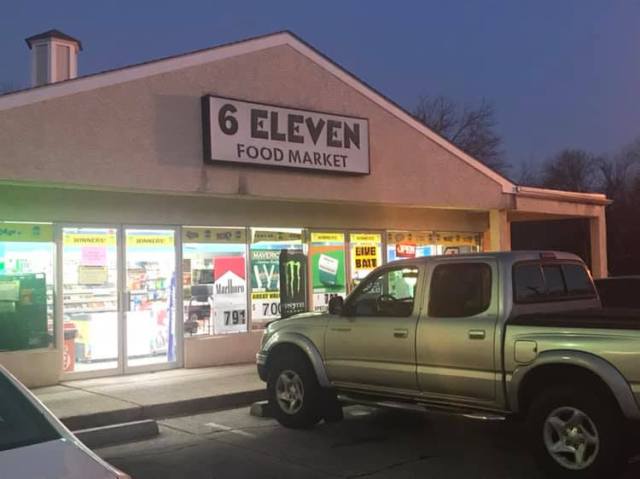 We came upon Angelo’s in a tiny strip center in the middle of a residential area. Mrs. Pie and I had a big laugh when we saw that one of their neighboring tenants was the cleverly-named “Six Eleven” convenience store. It was not quite dinner time, and we parked right in front of the empty pizza place.

Walking through the front door, I was instantly encouraged since the folks working inside were speaking Italian and the pizza sitting out looked amazing. Otherwise, Angelo’s was about as normal as you’d expect a joint to look. I ordered my plain cheese slice ($2.35) at the counter and we took a seat in a booth to wait. Once delivered, Mrs. Pie and I both gave a collective “Wow!” since it sure looked like it was gonna be a good one.

But, looks sometimes are deceiving, and as soon as I picked the slice up, the front half of it just collapsed back onto the plate. Paper thin from the middle to the front tip, there was just not enough support to keep it all together. The other thing was that it was served lukewarm. It just wasn’t hot having been reheated without any TLC. What made these two things so disappointing was the fact that the requisite flavors were all there in fine form—cheese, sauce and crust! 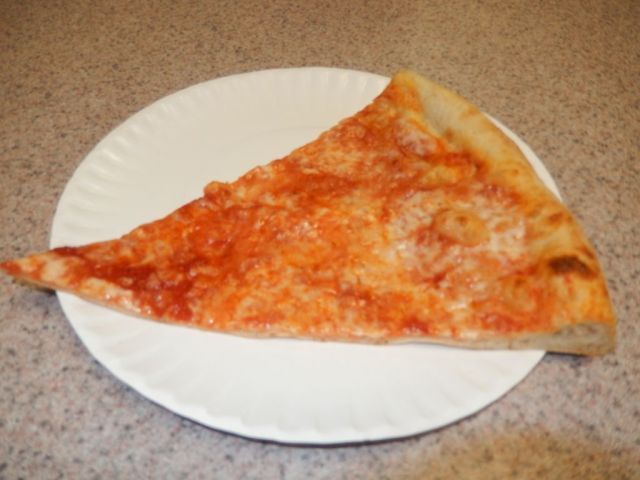 Everything was just right except for the soft limp crust and the fail on the reheat. I want to believe that this is a much better slice than the once that was served to me with a less-than-perfect execution. Looks like Angelo’s missed its chance to impress the Snob.