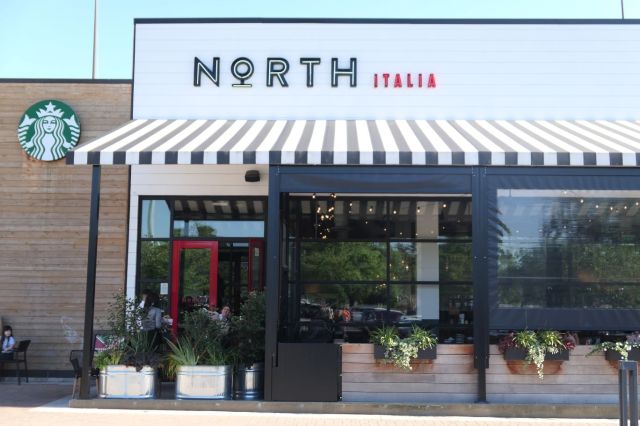 I can hear it already. Has the Snob lost his mind? Has he run out of new pizza places to visit? Are they paying him for this blog post? Is he just too distraught over the Yankees losing to the Red Sox? What goes with him writing about a chain whose main focus ain’t pizza? And OMG, he’s writing about a place that is owned by the tiresome Cheesecake Factory! Well, since you are going to ask, here’s my story.

As many Nashvillians have probably noticed, the Green Hills Mall has made a fine outdoor facelift and in doing so, added three (with another on the way) food options for shoppers and those who work in the area. And as one of those nearby workers, all three have been a smash and are perpetually crowded. One of these three eateries is the Italian-food chain restaurant, North Italia.

After a few visits where I sampled various non-pizza dishes, I concluded that I definitely liked the place. But I will be honest and say that when I heard about North Italia’s Cheesecake Factory ownership, I got concerned. However, my fears were slightly alleviated when I read that someone else started the franchise and the Factory folks had acquired them. I soon become a fan of both North Italia’s food and atmosphere. Sitting and eating spaghetti and meatballs at their long wooden bar even made me feel like I was in the Manhattan that I miss so much.

For my usual reason (not a pizza-centric place) I avoided trying their pizza until someone I dined with ordered one. Although they did something that I would never do, (the gluten-free option) I was quite impressed how it looked and made a mental note to give it a try sometime. That sometime came on a late Sunday afternoon when I had an early dinner with Mrs. Pie at a time when the place was not too crowded.

Although I love North Italia’s big indoor room with said bar and an open kitchen, this lovely day was perfect for their covered outdoor patio. It was my day to try their pie, and I ordered the $15 Margherita while Mrs. Pie did the G/F which cost an additional $2.50 to remove the dreaded gluten.

My pie was manufactured in the traditional Neapolitan style. It was rather small (nice for a solo) and cut into six slices of varying size. Instead of blobs, they used sliced cheese placed in the center which made this part of the pie thicker than normal. There was a light coat of tomato sauce underneath with some graded cheese (perhaps Pecorino) and basil leaves scattered across the top. As for the crust, there was no noticeable char and some rather bloated edges.

Taste-wise, the first thing I noticed was that the tomato sauce was vibrant and great tasting. I also liked that the not-fully melted cheese had more substance than was usual for this type of pie. And while the not-overly crisp crust wouldn’t make it into the Pizza Hall of Fame, it wasn’t that bad at all. The slight glaze of oil on top was also a nice touch. Overall, it was a good and tasty pizza and I joyfully ate it all.

Well, I’m not sure that I will eat North Italia’s pizza often, but I certainly see no need to shy away from it. Also, there is now one in my home turf of Franklin and I’m sure that the Cheesecake Factory will be adding many more of these apparently successful spots across our great nation. Let’s just hope that the menu doesn’t become a big book with way too many mediocre options like their Mothership’s.