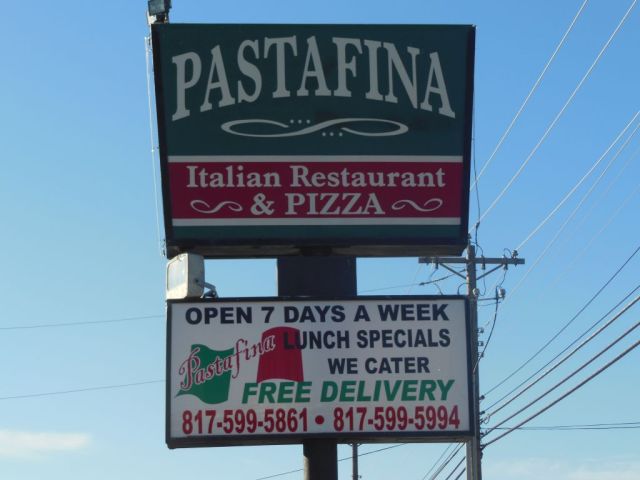 There are only so many times that the Pizza Snob can drive by a new pizza joint without having to give it a try. Such was the case over the Christmas Holidays with Pastafina Italian Restaurant in Weatherford, Texas. One day in my daily drive back and forth on South Main, I could no longer resist the lure of their big red, green, and white sign.

Ms. Pie claims that we’ve been there before for Italian food, and that I didn’t like it. News to me, but the fact that we didn’t try their pizza tempted me to cover some new ground in not so pizza-prosperous Weatherford.  I made my move on Pastafina one weekday afternoon with a plan to bring home a to-go pie that, of course, I would first sample hot and fresh out of the oven. Earlier that week, I paid a return visit to the fab Nizza Pizza who still set the bar high for the best pie in town. 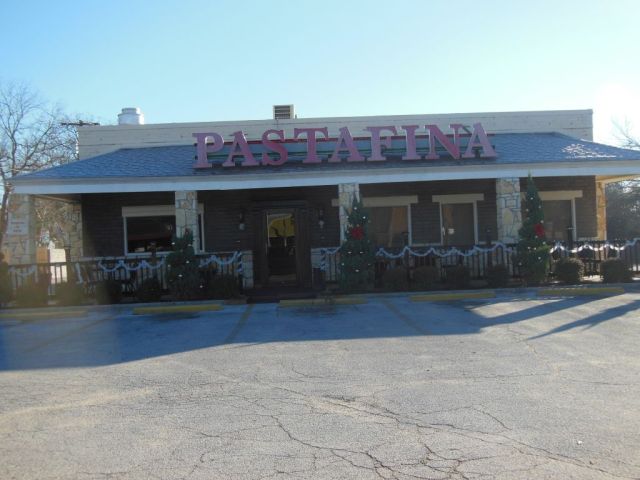 Pastafina’s location is in a free-standing building just a few blocks off of the town square not too far from Nizza. They are a family-owned, full menu Italian restaurant, and they have three other small town Texas locations (Granbury, Stephenville, and Cleburne). Open seven days a week for lunch and dinner, they also deliver. Their walls were adorned with many “Best in Weatherford” awards that I noticed were for Italian food, but not specifically for pizza.

Stopping short of the dining room greeting stand, I ordered my small cheese pie to go ($8.00) at the counter. My hopes rose like pizza dough when I spotted their conventional pizza oven. However, they started to sink when I had to go to the very bottom of the menu to find pizza. Further, it was labeled as Neapolitan. Skeptical, I asked, and they confirmed it to be thin-crust Neapolitan. The sight of the CPO still made me question whether this would be a true uncut and soggy Neapolitan pie. 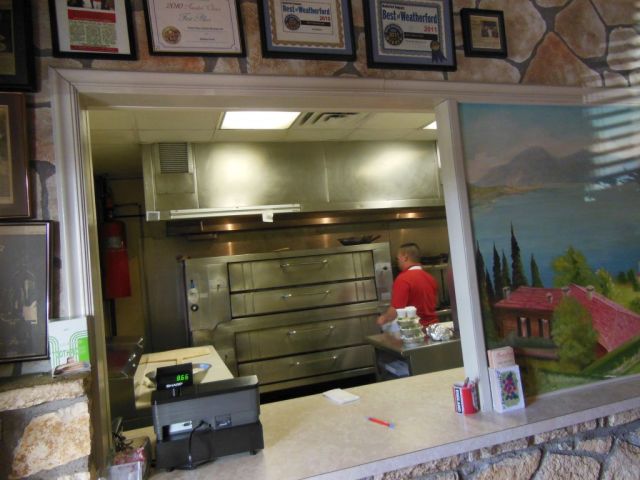 The brisk but mild sunshiny day seemed just right for me to sample a slice or two out of my pizza box on a patio table out front. Thankfully, inside I found a very non-Neapolitan looking pizza! Classic in composition, it was properly cut into six slices, only three of which would wind up making the trip back home with me.

I grabbed my first piping hot slice and watched the steam float off in to the chilly Texas air while I burned the roof of my mouth. The first thing I noticed was the realization of my nephew the Tay-ster’s warning: Their pie was oily. It had a good coloring with a rich-looking tomato sauce and a golden-brown end and bottom crust. The cheese gave the appearance of possibly being a blend. 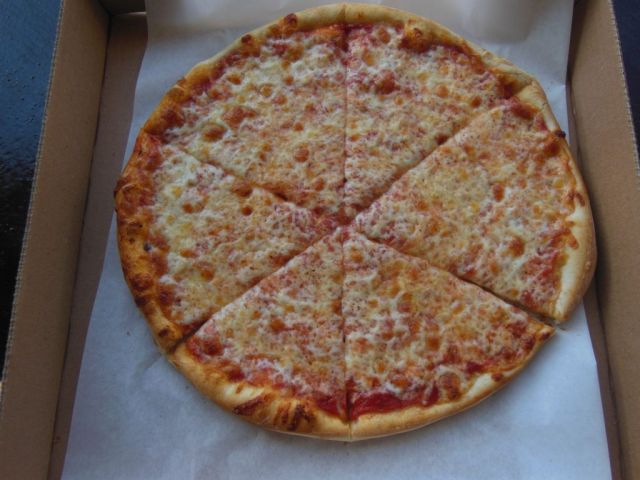 Eating away, I was pleasantly surprised to find Pastafina’s pie to be tasty, enjoyable and overall delicious. The crust though not darkened was still quite crisp and tastefully chewy. I confirmed that the Mozzarella was blended with some other cheese, but it was not overdone and distracting.

This restaurant with pizza as a sideline was certainly a real treat–especially after eating at some bad pizza joints in Forth Worth over the prior few days. If only a little thinner, crisper, and less oily, and this would be a great pizza. Unfortunately for Pastafina, as far as Weatherford pizza goes, Nizza is just too nearby to make anyone settle for the second best in town. However, if I was at Pastafina for an Italian dinner, one of their small pies would make an outstanding appetizer for the table to share.