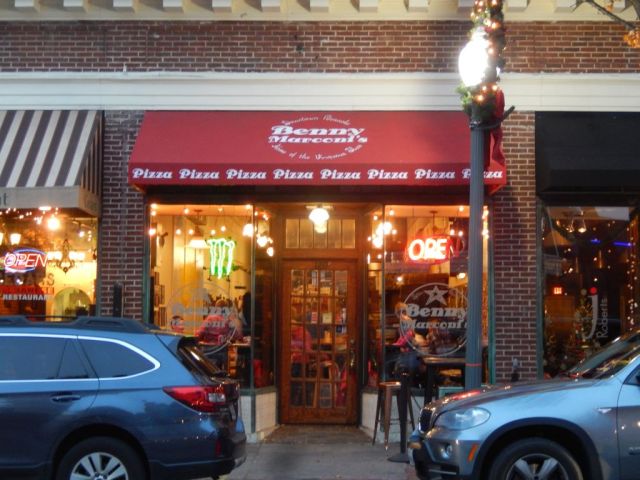 Bear with me since this one starts in left field. The day after Thanksgiving while visiting our son and his wife, Mrs. Pie and I were walking along Carson Street in Pittsburgh. Keeping an eye out for a slice of pizza, we passed an interesting place called Benny Fierro’s. Looking it over, I noticed two things: they served big slices and were still in the holiday spirit and closed.

Unfortunately, there would be no time for us to return the next day, since we drove to New Jersey to see my Mom in the hospital. Sadly, in just a few days, Mom passed away, and I lost the best Mom and pizza-eating partner anyone could ever have.

So, about a week later, Mrs. Pie and I found ourselves with our car in the Garden State forced to make our first-ever drive from my original home to my current one in Tennessee. Scoping things out, it looked like southern Virginia would make a suitable dinnertime target, and my pizza radar locked in on Benny Marconi’s in downtown Roanoke.

I had never been to Roanoke before, so I also got to experience a drive through new unfamiliar territory. We hit the city just about dark and found Benny’s on the main drag in Roanoke’s downtown district just five miles and a few minutes off interstate I-81. Still early on a Saturday night, while not noticeably crowded with people, the streets however were full, and we had to park across the street in a municipal lot for a hefty $8. 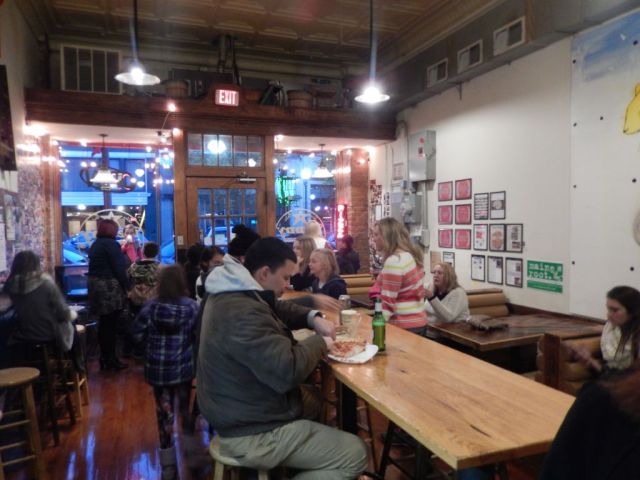 Mrs. Pie wanted to go non-pizza for dinner, so the drill would be just a quick slice before we found a suitable restaurant. Stepping inside Benny’s, I noticed the strange sights of humungous pizza boxes and people eating gigantic slices with knives and forks.

Then, it hit me, like the aforementioned Benny Fierros’ in Pittsburgh, and for that matter Benny Tudino’s in Hoboken, NJ, this Benny also served over-sized pizza. I wondered if the word “benny” meant “big slice” in Italian. It actually means “blessed” which is how I would feel after having one of Benny Marconi’s slices.

It was quiet inside with only a small birthday party in attendance, so Mrs. Pie took a seat at a window stool. I made my way to the counter where I ordered a $4.00 cheese slice (you can add pepperoni for an extra buck). After reheating in the giant oven, the monster slice was delivered to me extended onto three paper plates. Motioning if I wanted it cut in half, I acquiesced thinking Mrs. Pie might join in on this experiment. 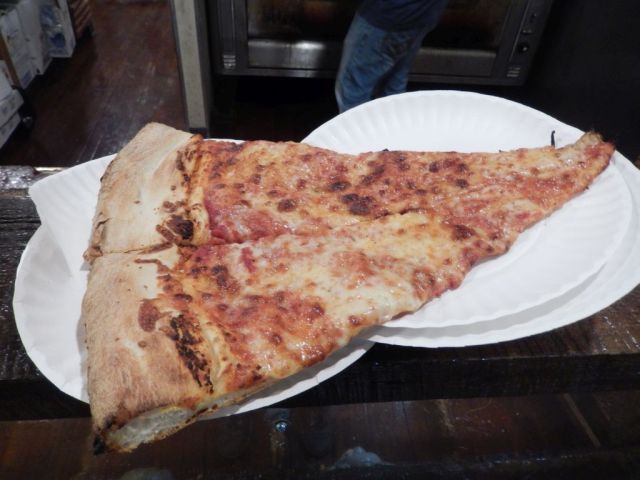 Upon seeing the slice, Mrs. Pie coined it as “ridiculously big.” (My inquiry found it to be a 28-inch pie!) She would only take a few bites from her half before surrendering the balance back to me. Welcoming it back since it was so dang good, I was soon lobbying for another slice that unfortunately time would not allow.

Benny’s slice was paper thin at its front end, but got bigger and fluffier as it got to its end crust. And the big slice was no distracting gimmick—this was fabulous-tasting pizza. Consistent with the slice size, the end crust was bigger and thicker than usual. The bottom crust was not cooked overly crisp, but was far from being undercooked and was deliciously chewy. The ingredients were all top-notch and equally satisfying: a light lacing of oil and spot-on excellent specimens of both Mozzarella cheese and tomato sauce. It was good all the way through.

Lo and behold, when I got home, I discovered that not only were the Pittsburgh and Roanoke locations affiliated, they were part of a small chain of 14 locations, mostly in VA and NC, that sell these big slices under the mysterious slogan of “Home of the Virginia Slice.” Each of the locations uses the first name Benny followed by a different last name. 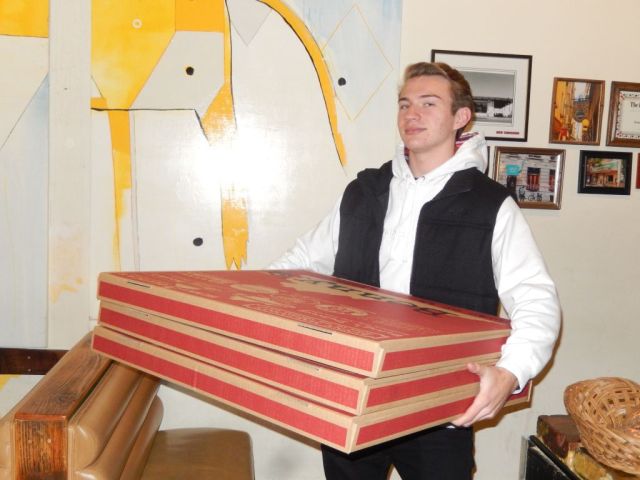 What a surprise it was to find this place, and what a shock to find that it was a chain. Other than Two Boots, the Benny’s consortium finds itself as the only other chain currently Snob-approved. I look forward to someday testing some of the other locations (certainly Pittsburgh) to see if they share Two Boot’s consistent quality.

Give Benny’s slice a try. You sure will enjoy every bite and get several more than you usually do!

← Mineo’s Pizza House – Pizza to Make Pittsburgh Proud
Loradella’s Family Pizzeria – Pizza for the Family, But Not the Snob →