Pizzeria Bianco in Phoenix– Yes, You Need to Go There! 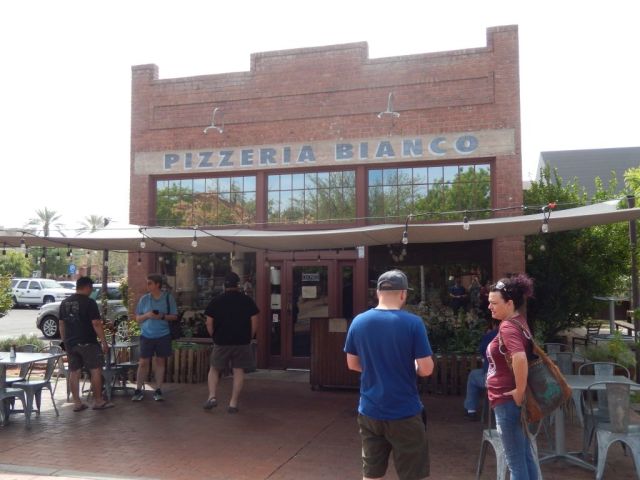 I first heard of Phoenix’s Pizzeria Bianco and its namesake award-winning chef and proprietor, Chris Bianco, when I read Ed Levine’s fabulous 2005 ultimate guide to pizza, Pizza: A Slice of Heaven. My pizza research made me familiar with Levine who writes about dining for the New York Times. I had taken Levine to be a “New Yawker” who really knew his pizza, but when I got around to reading his book, all of the accolades he made throughout his book about this guy Bianco in Arizona had me puzzled.

With the Pizza Snob’s core being the traditional New York slice, my concerns with Levine’s love for Pizzeria Bianco centered around two things: the fact that Bianco was not in New York and that he was promoting the artisanal pizza movement.

Those who have followed this blog since it started over five years ago, know that I now better embrace the Neapolitan pizza. I have gained an appreciation for both its tradition and its taste. I now acknowledge that it can be enjoyed in its simplest form (just sauce, cheese and crust) and often be as tastefully satisfying as a street-folding sidewalk New York slice.

So, PB earned a spot on my pizza bucket list and was the #1 item on the agenda for my recent trip to Phoenix with Mrs. Pie to visit family. Meeting some “second cousins-in-laws” for the first time, I was thrilled to learn that they were renowned “foodies” and big fans of PB. So, when deciding where we would meet for lunch on our Saturday get-together, it was inevitable they would be taking the Snob to PB.

It was as exciting as Christmas-morning when we headed downtown to PB. My optimism was quite high when we arrived at about 10:30am just before their 11:00am opening. Wanting to stay ahead of the crowd (waits are said to sometimes approach three hours), we gaggled out front with a small gathering of folks who were waiting for PB to open. Since the crowd-in-wait was smaller than capacity, no formal queue developed, and we eventually were seated at a fabulously-lovely table out front on this pleasant morning. 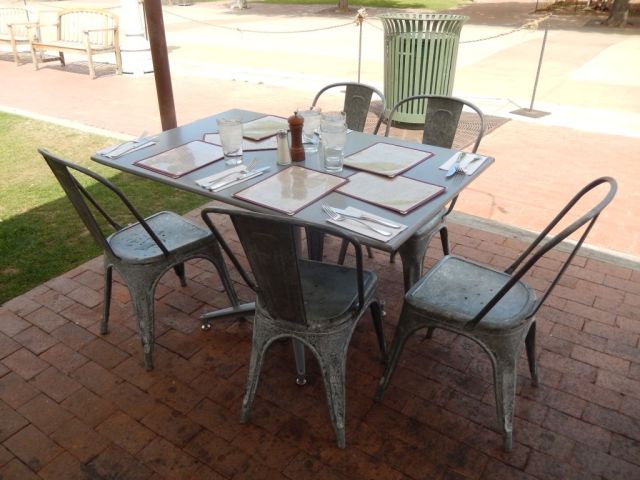 PB’s Heritage Square location is in a beautifully spacious walk-about area that includes historic homes, a museum, and several restaurants in the middle of a big city block.  This original town site of the city of Phoenix dates back to the 1800’s. There are no vehicles in the Square, and there is $5 valet parking just outside the gate that blocks the traffic. What a classic site for such a classy joint.

After we each ordered our own pizza, mine the $13 Margherita, I toured the inside while we waited. The old 1929 free-standing building was nicely renovated into a small pleasant dining room with bar and table seating in full view of the wood-burning brick oven. 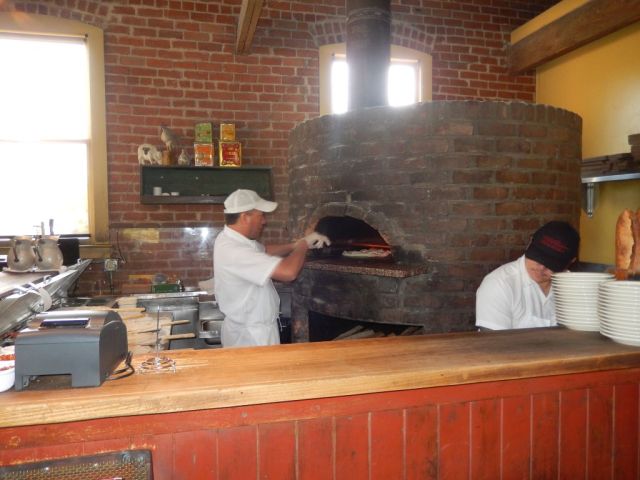 I was quite excited to see that Chris Bianco was there and would be making my pizza. I am now proud to say that I have tasted the wares of two true pizza legends, the other being  Dom DeMarco at Brooklyn’s DiFara Pizza. As for Chris Bianco, he’s from the Bronx and in 2003, won the James Beard Foundation Award for Best Southwest Chef—the only regional award ever earned for making pizza.

So, let’s cut right to the case. Was PB’s Neapolitan an absolutely wonderful and delightful pizza-eating experience? My answer is a resounding yes!

It was quite odd that our pizzas were delivered at 11:42am which may make this the first “late breakfast” pizza of my career. Mine looked truly spectacular. Catching my eye was the beauty of the crust: mouthwatering with scattered char spots around its end. As I’ve said before, an N-pie is typically all about the crust, and PB’s was truly sublime. It comes with enough char and chew in it to make it quite special.

But, this pie also had both deep rich tomato sauce and fresh fluffy Mozzarella cheese that really mattered. In fact, PBs cheese is so fresh that each day’s batch is made that morning. At this early hour, ours was therefore quite young, and its taste was to die for! The bottom crust was also crafted such that the middle never got soggy. That easily though could have been from just how fast I devoured my six unevenly-cut slices. 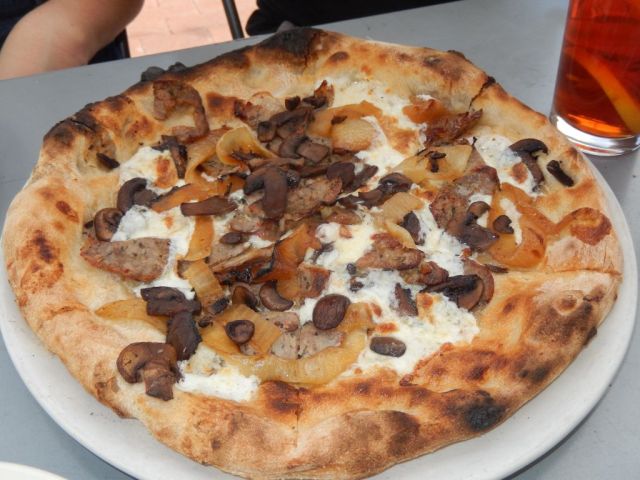 There is no doubt that this one of the best Neapolitan Pizzas in America. I’d sure love to try a side-by-side taste test with the great Kesté in Manhattan, since these are certainly the two best I’ve had. In fact, I believe that PB would hold its own with the masters over in Naples, Italy.

My final word is that it goes without saying, Pizzeria Bianco is a place every true pizza fanatic needs to visit at least once. It’s worth it.