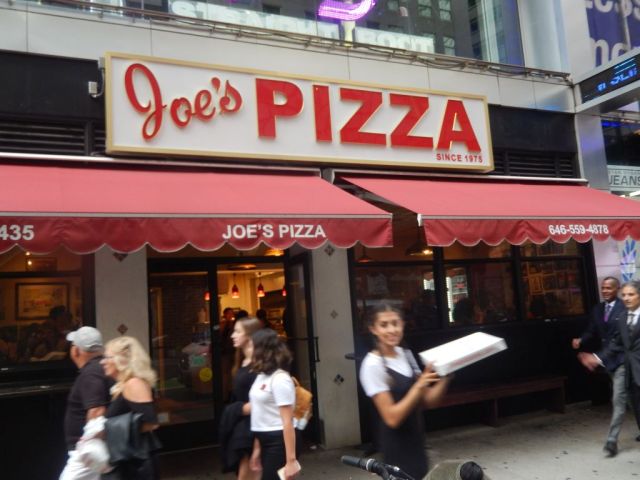 Thriving off the thrill of trying new pizza, the Pizza Snob doesn’t often make return visits to pizza joints other than for convenience. The one notable exception has always been to enlighten others about the slice that I and many others consider to be hands down the best there is—New York City’s Joe’s Pizza.

Over the years, I’ve taken Mrs. Pie, my son, brother, friends and even total strangers to grab one of Joe’s perfect slices in Greenwich Village. I once overheard a guy visiting from San Francisco ask another total stranger where to get a slice of New York style pizza and just couldn’t resist interrupting and eventually walking him over to Joe’s original Carmine and Bleecker location.

I recently faced this dilemma when meeting my best friend from Cali to see Springsteen on Broadway. He’s a true pizza lover, and I knew I needed to suppress my desire for new pie and treat him to Joe’s. I was quite surprised and delighted to somehow learn that they now have a location in Times Square which is just a short hike to the Theater District. Somewhat embarrassed with my ignorance about there now being multi-Joe’s, I reminded myself that I don’t live in New York which makes it hard to keep up on these things.

Here’s a quick Joe’s history lesson: After setting up shop in the Village in 1975, they added their first additional location back in 2013 on 14th Street, followed by another in Brooklyn in 2015, and finally the one on Broadway in August of last year. 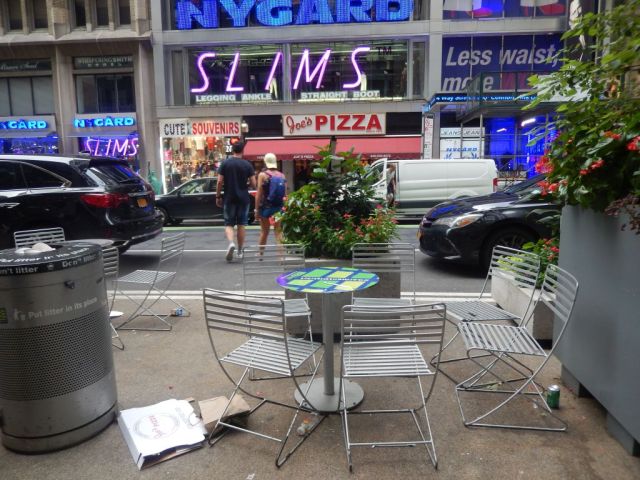 So, pre-Springsteen, we took the subway uptown, and when we hit the street, the famous red on white Joe’s sign was unmistakable. The storefront was in the middle of the block and much wider than the one at the home base downtown. A nice bonus feature to this latest location is the ability to eat al fresco at a table out front in the City-sponsored dining area that sits in the middle of Broadway.

Mildly busy inside where the seating was at about 75% of capacity, we each ordered a pair of plain cheeses that we would take outside to savor. Not that I expected any less, but my two slices were absolute pizza perfection. 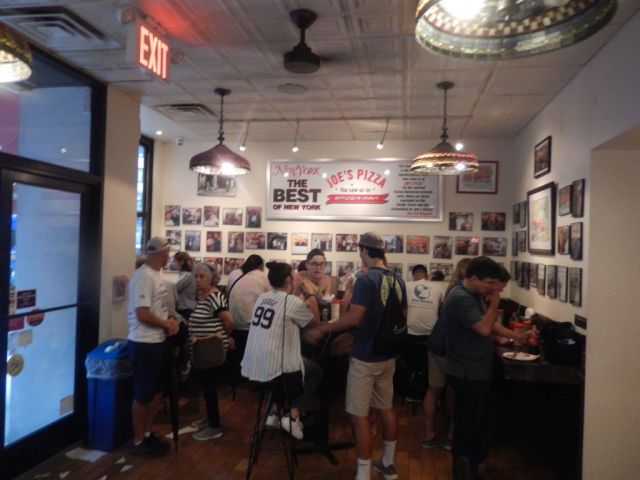 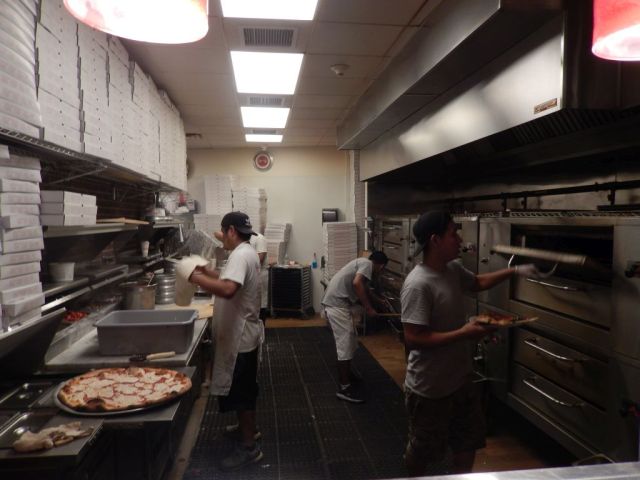 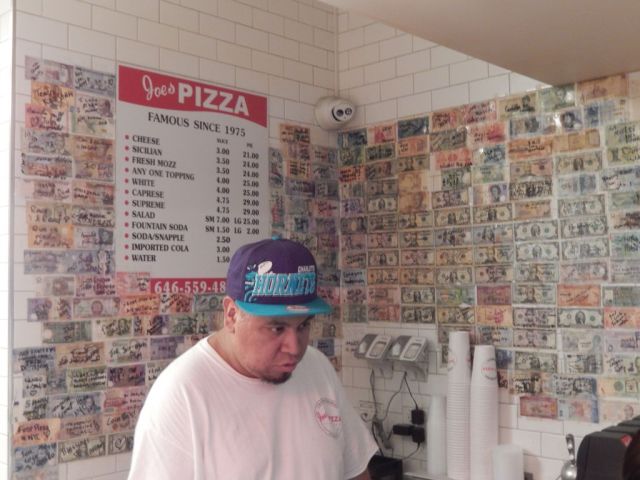 How Joe’s can create something so noticeably better than everything else amazes me. Like my young son once said: “Dad, I could eat an infinite number of these!” And, that economy of quantity is certainly part of the trick—just the right amount of cheese, sauce and dough. Cooked expertly to a crispy and crunchy delight, Joe’s is the standard that all conventional NY slices need to try and stand up against. 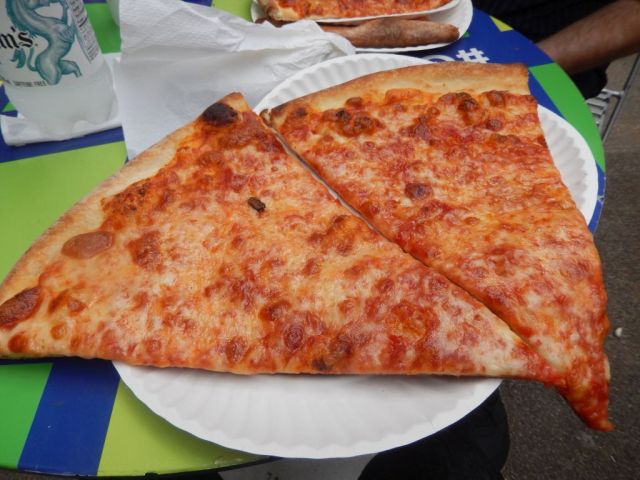 Did my Cali friend like it? Well, let’s just say, that after our three hours of bliss with the Boss, he suggested we go back for another slice ay Joe’s. How could I say no?

I think it’s safe to say that the name Joe’s has long replaced the name Ray’s when it comes to the pizza standard in New York City. Also, although as I recently observed in a YouTube video of “Ten Things Not to Do in New York City,” I agree that Times Square is a good place to avoid, at least now there’s a great slice of pizza to be had there.