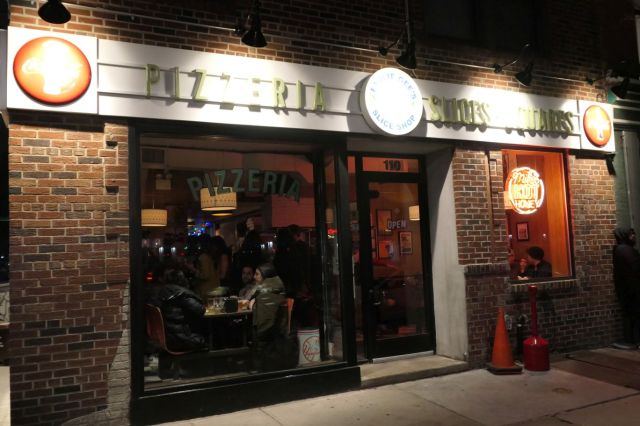 Having done this blog for over eight years, I am truly blessed to say that by now the Pizza Snob has gotten to visit most of New York’s legendary pizza joints. But, earlier this year before COVID hit, I visited one that had long lingered on my pizza bucket list, Brooklyn’s Paulie Gee’s.

Intrigued but ignorant, I saw that the main Paulie Gee’s served up wood-fired gourmet pies in the Greenpoint section of Brooklyn. I was also surprised to see that they had spots in Columbus, Chicago and Baltimore. But what really caught my attention was Paulie Gee’s Slice Shop, also in Greenpoint. Well, I made it my mission to make it my first stop on my way from La Guardia Airport after a windy landing over the water.

Even after all these years of tracking down pizza in Brooklyn, it still amazes me how darn big a place it is. Working my way through an overabundance of old industrial complexes, I eventually meandered my way to a rather cozy neighborhood and found a free parking spot that was nice and close to the famous slice shop on the corner. 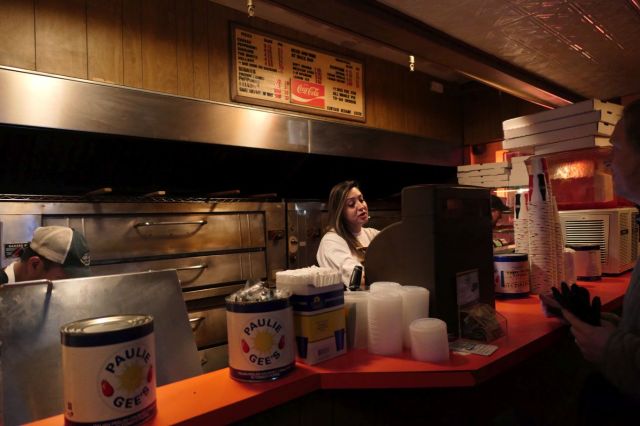 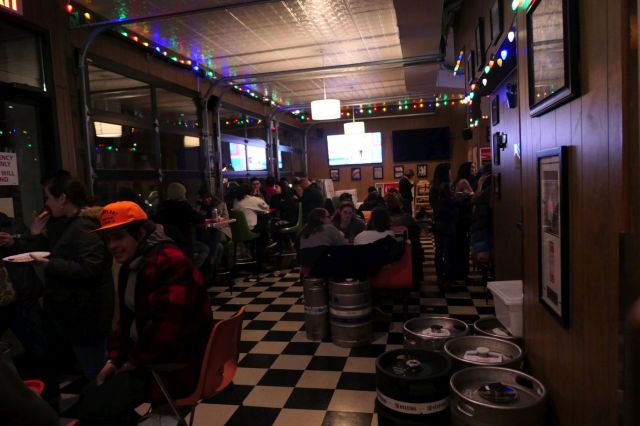 Wow! I just loved their cool-looking classic storefront. After stepping inside, I was quite surprised though to find that behind the tiny little pizza parlor in front, there was a big room in back that looked like it was the swingingest place to be on a Friday night in Brooklyn! The lively crowd was having a great time gobbling down slices and guzzling beers while some 70s music was blasting. The room was like a pizza nightclub! 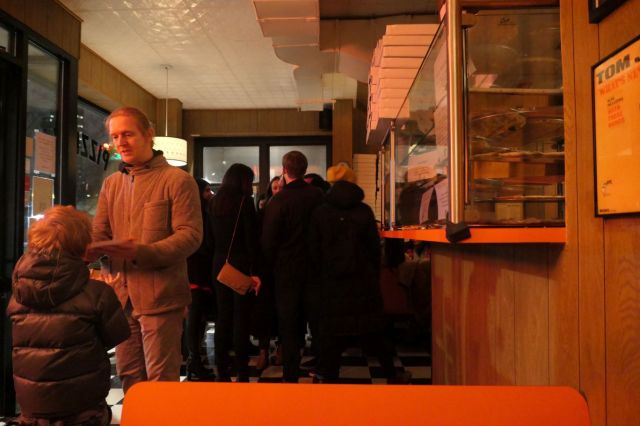 After scoping things out, I made my way to the counter in between the two rooms and ordered two plain cheese slices ($7.50). My hope was to find a place to sit in the small front room when my slices were ready. When my wait was over, a young family was just leaving and together we cleaned the table space that would be mine from which to dine. Let’s just say that the pair of slices that I had just received looked too good to be true.

These perfectly thin textbook slices were so crisp and crunchy there was char on top of char! They tasted fabulous. My first thought was that Manhattan’s Joe’s Pizza has some competition. You just can’t make slices any better than this. Man, the cheese and sauce were just perfect. 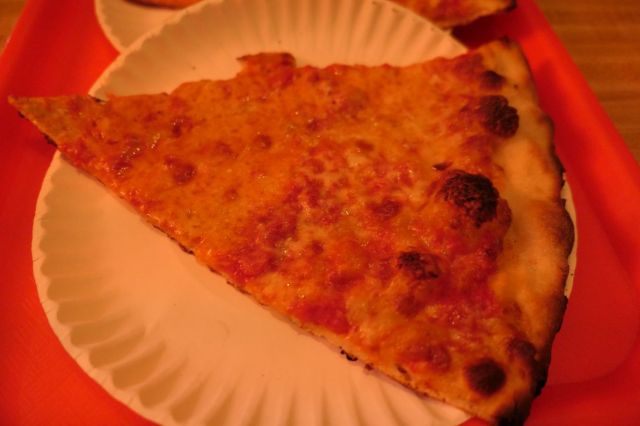 I noticed there were some tomato sauce cans on the counter labelled as the “Paulie Gee’s” house brand. Well, let’s just say that this ingredient was amazing and somehow managed to come across with a bright taste that even stood out over the cheese. All was so well done and in perfect balance. I closed out each slice with a long overdue perfect Fold & Rip!

Well, I’m not out to start a pizza war as to the better slice, but let’s just say that if there was ever a Pizza Super Bowl of Slices, it’d be Paulie Gee’s vs Joe’s Pizza. Make sure that you make it to both if you ever get the chance and tell me if you can decide which is better.

PS – Paulie Gee’s Slice Shop looks to be open with limiting inside capacity and is doing both deliveries and take-out during COVID.